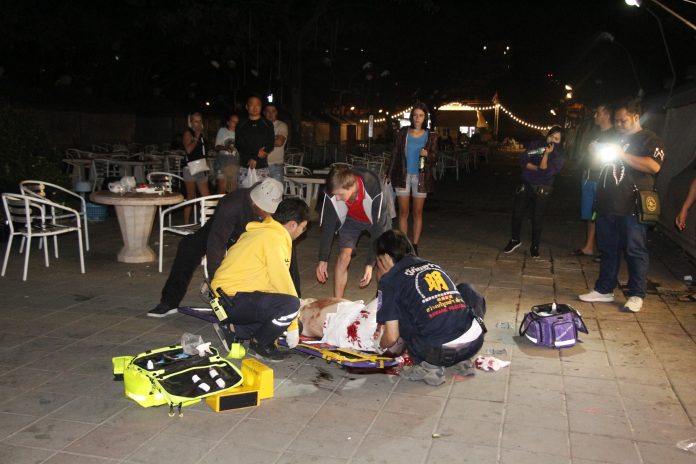 Pattaya –
An intoxicated foreign man has sustained serious injuries after fighting with another foreigner early this morning in Pattaya.

At the scene they found an unconscious man who had sustained serious injuries. Early reports indicate the man is of Russian nationality however his name was not given.

He was bleeding heavily from a wound to his head and was rushed to a local hospital.

23 year old Mr. Surachai Chaikham who is a security guard nearby told The Pattaya News that he saw the two foreigners were verbally arguing before fighting. The injured man was according to multiple witnesses heavily intoxicated and being aggressive to many in the area. This led to a brawl in which the injured man was knocked out and left bleeding on the ground. The other suspect involved in the fight then fled the scene before officials arrived.

Pattaya Police are checking CCTV nearby to find the other man involved in the altercation and determine what exactly caused the incident.