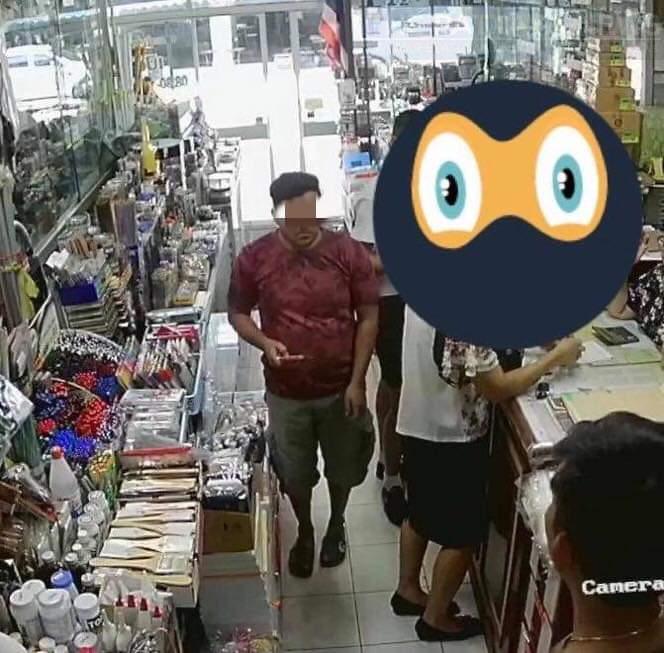 A local shop owner has complained on social media and through a Thai Facebook group, Pattaya Watchdog, about a foreigner who is allegedly a short change artist.

The foreigner, whose country is unknown and appears to be around 35 to 40 years old, went into a small Thai shop in Central Pattaya today and bought a very inexpensive item for a few baht and paid with a thousand which he got change for.

The man left the shop and returned almost immediately wanting to return the item. According to the shop keeper, the man confused the shop owner by changing his story often, hurrying the vendor, asking to separate hundred baht notes into smaller notes and other delaying tactics. He managed to confuse the vendor into giving him an extra one thousand baht in a refund.

The incident was caught on CCTV and a police report has allegedly been made. The suspect is being searched for in Pattaya.

Short change artists are common in some Western countries, especially America, and commonly confuse cashier’s to the point where the short change artist ends up making more money than they spent. They are, however, relatively rare in Thailand.