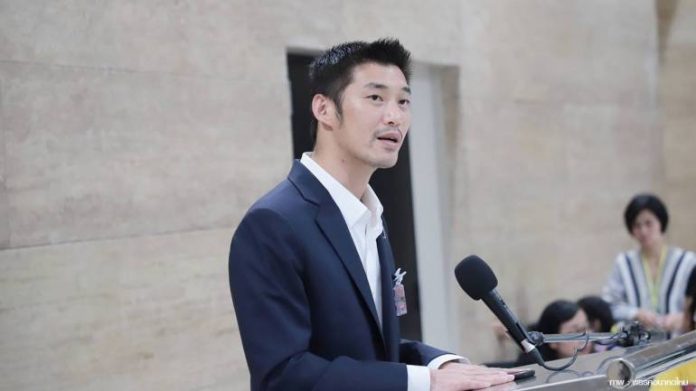 Thailand’s Election Commission (EC) will decide the fate of Future Forward party leader Thanathorn Juangroongruangkit next Wednesday, in the case involving money he allegedly lent to the party.

EC chairman Itthiporn Boonprakong said today that the Future Forward party did not submit any additional information to the EC’s investigating panel by the December 2nd deadline.

The party, however, had asked for 120 days to gather relevant information for submission to the EC probe panel, which rejected the request on the grounds that it has already given the party enough time.

Itthiporn said that the panel will conclude its work on the case based on available information and will then forward its findings to the EC for a judgement on December 11th.

The loan case against Thanathorn was initiated by political activist Srisuwan Janya, who claimed the firebrand politician provided two loans, of 161 million baht and 30 million baht, to his party before the March 24th general election.

If the case is substantiated, it will pass to the Constitutional Court for consideration. If found guilty, Thanathorn would be liable to a prison term not exceeding five years and be stripped of his voting rights for five years.

The executive committee of the party would also have their voting rights suspended for five years, while the party itself may face dissolution.