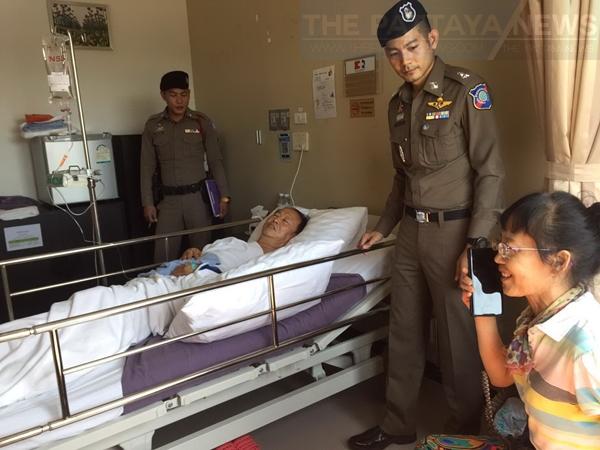 Manager Online reported that six tourists were taken to a local hospital in Rayong after a speedboat carrying a group of 11 Chinese tourists on a snorkeling trip collided with the back of another boat delivering water.

The incident happened three to four nautical miles from the island of Koh Samet at around 5:00 PM last evening.

The tourists were on a trip from Pattaya organised by a local tour company. Along with a Thai guide they had hired a boat that was driven by a 26 year old named as Yotsaphon.

Pol Maj Thanathip Jitrakhanee of the Rayong tourist police was instrumental in making sure that the injured tourists got to a hospital, reported Manager.

Yuan, 63, was hospitalized with a broken bone in his left shoulder. The five other tourists were treated for superficial injuries and allowed to return to Pattaya.

Prawet Suphachai of the Region 6 Harbor Master’s office said he would be investigating and talking to the speedboat driver ahead of the case being prosecuted.

Sea King, the owner of the boat, promised that all the tourists hospital bills would be paid and they would be paying compensation too.