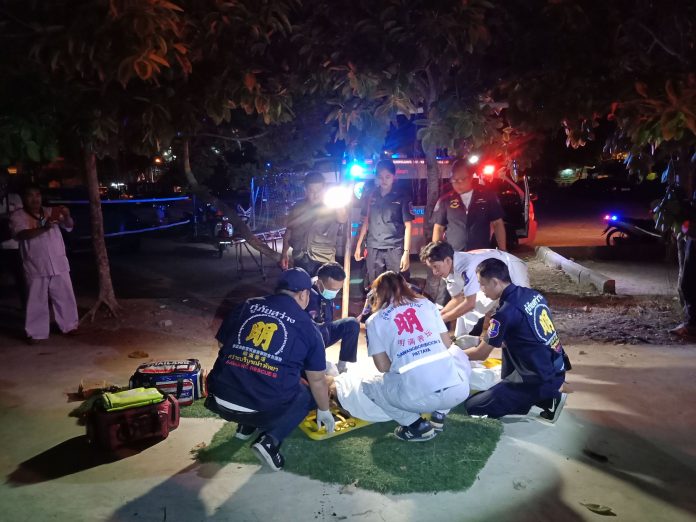 Pattaya –
An intoxicated woman has sustained serious injuries after climbing across a school fence before getting an electric shock in Pattaya early this morning.

Rescue workers were notified of the incident at 3:00AM at Mueang Pattaya School 8. Police, emergency responders and The Pattaya News rushed to the scene.

A Thai woman aged around 30 -35 year olds was found with burnt skin from the electric shock. She was rushed to a local hospital. She was heavily intoxicated.

The Pattaya City staffers told The Pattaya News that they saw the intoxicated woman had passed out on the pavement near the school. They woke her up and asked her to go home but she had refused.

She walked away before climbing up on a fence into the school. There was some electric sparks caused by her grabbing wires before the woman got shocked. She hit the ground and rescue officials were called.