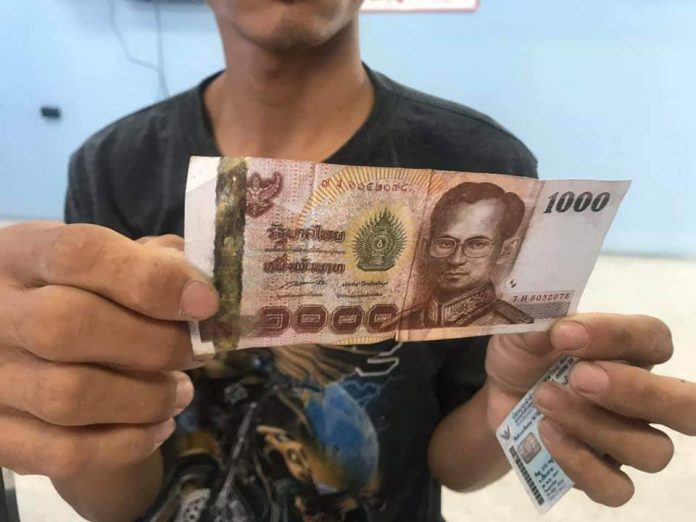 Bang Lamung –
A fake 1,000 bank note has been used in a temple fair in Bang Lamung.

34 year old Mr. Amnart Chuamueangpan who is a seller said a Thai woman aged around 40 years old had paid for 100 baht socks with a 1,000 baht bank note.

He gave her 900 baht for the change. The seller had later discovered that the 1,000 baht bank note was a fake one. He reported the incident with Huay Yai Police.

Police are investigating to find the source of the fake bank note. They warned vendors to double check notes in the area in case more are in circulation.