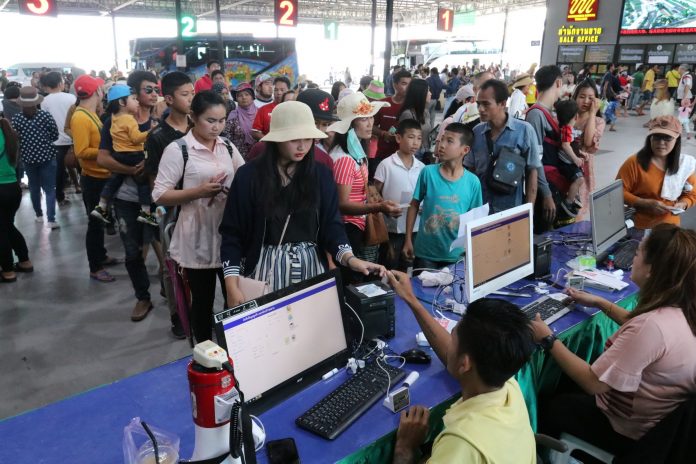 Nong Nooch Garden is reporting business picking up and brisk sales and attendance as high season quickly approaches. Reporters were present this weekend at the popular tourist attraction and the park was full of thousands of tourists, primarily domestic and from China, Russia and India.

The park, which is one of the world’s top ranked gardens and also includes shows, animal attractions, cultural exhibits, a dinosaur park, restaurants and more is arguably the busiest attraction in Pattaya…and as high season approaches is only getting busier.

Ticket sales were observed to be brisk this weekend with dozens waiting in line to get inside the park throughout the day. Outside of the park a steady stream of tour busses could be seen dropping off hundreds of tourists.

Although some venues in the area still seem to be quieter, Nong Nooch appears to only be getting busier as high season approaches in the next few weeks, expected to be a record breaking one for the park.