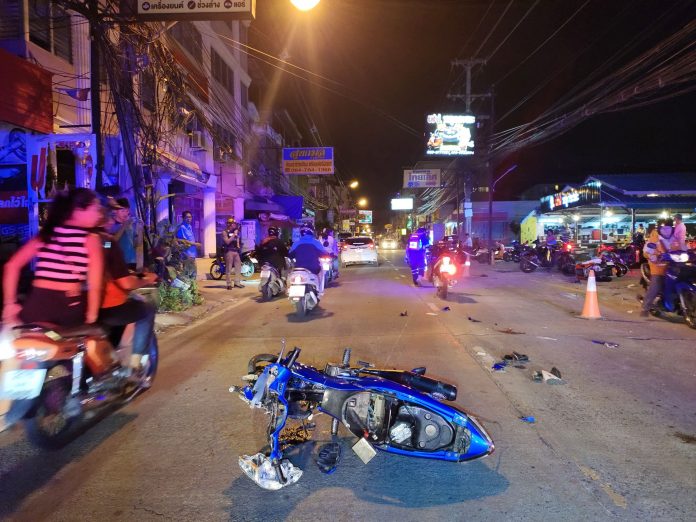 Three people have been injured after a motorbike crashed in Bang Lamung yesterday morning.

Bang Lamung Police were notified of the accident at 5AM in Soi Nern Plubwarn in front of a Moo Kaa Ta restaurant (Bar B Q grill restaurant).

Police, The Pattaya News and emergency responders rushed to the scene to discover a damaged blue motorbike. Nearby, they found an injured 16 year old boy Krittamet Jamrusklang, who was unconscious.

Another damaged white motorbike was found nearby. Two people had serious injuries who was the driver, 28 year old Kanchanok Srirak and a foreign male tourist passenger. The foreigners name was not released. They were both taken to a local hospital.

Police are reviewing CCTV and investigating the incident. The injured parties are currently recovering in a local hospital.