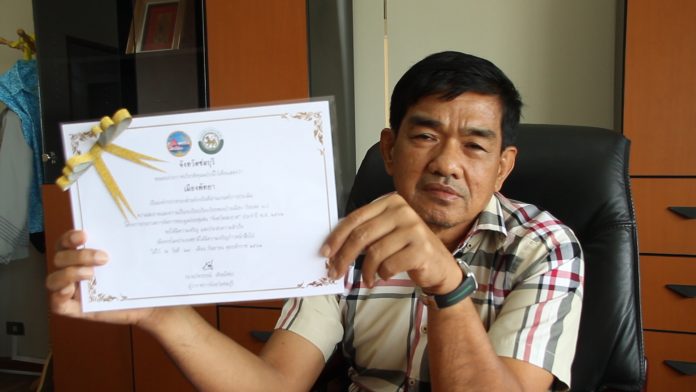 Pattaya –
Pattaya has received a certificate for good quality garbage and waste management from the Provincial government.

The Pattaya Deputy Mayor Manot Nongyai said certificates have been given to administrative offices in Chonburi every year. Pattaya has never received the certificate over the past three years. The new city administration has made significant strides he said in garbage management and steps to address the problems the city had and has been given recognition for it.

This year Pattaya received 102 points out of a possible 135 for the garbage management qualifications and standards review conducted by the Provincial government.

The deputy mayor cautioned the work is far from finished but complimented the hard work that has been done on addressing and fixing many problems the city had.