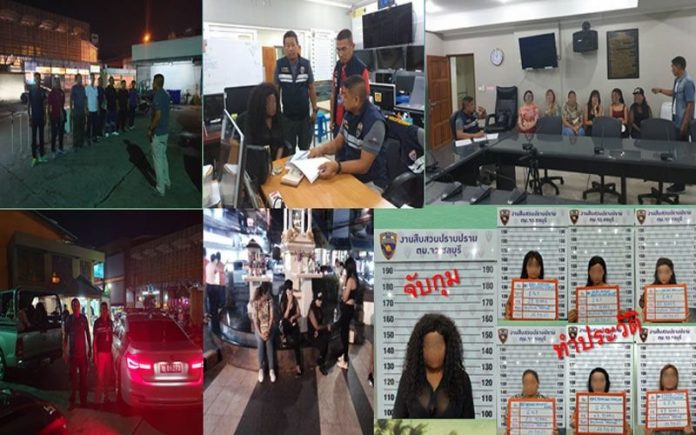 Thai Authorities with the immigration police stated that they were shocked to find seven foreign women suspected of prostitution in Pattaya early this morning on Walking Street and Beach Road.

Stating to the Thai media that this sort of behaviour is illegal and bad for the image of family friendly Pattaya, Immigration Police arrested seven foreign women in total.

The women, four from Uzbekistan, two from Egypt and one from Uganda were all caught in activities assumed to be soliciting from potential customers and offering prostitution services which is illegal and according to officials does not exist in Pattaya.

The Ugandan woman has been warned before according to immigration police and will be deported.

The remaining six women had their details and information taken, paid an undisclosed fine and were released with a warning, that if they were caught again they would be deported.