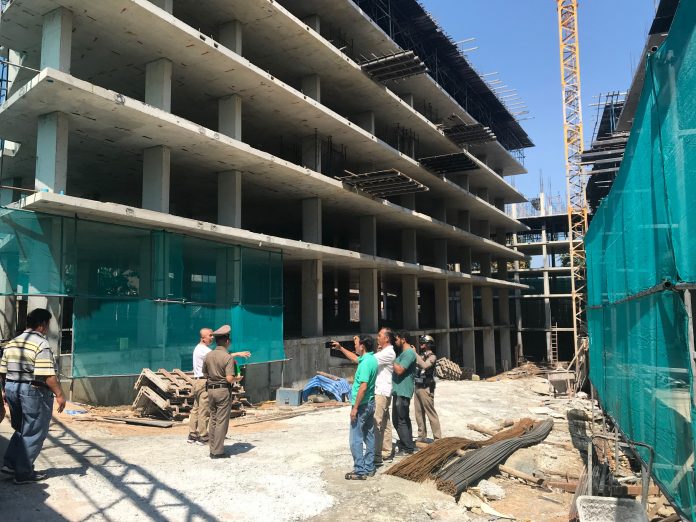 Pattaya –
One worker has died while three workers have sustained serious injuries after a section of an under construction condo in Pattaya has collapsed this morning.

Sawang Boriboon Thammasathan rescue workers were notified of the incident at 10AM at an under construction luxury condominium in Soi 14/1 Pattaya – Naklua.

Four Cambodian workers (Three men, one woman) have sustained serious injuries. They were rushed to local hospitals. A 20 year old man was pronounced dead at the hospital. Their names have been withheld at this time pending notification of family members.

Bang Lamung Police Chief Col Jakthip Parapantakun said iron materials on the construction were too heavy. The four workers fell when a section collapsed from three stories high above ground.

However, police are continuing their investigation to find the cause of incident for further legal action.