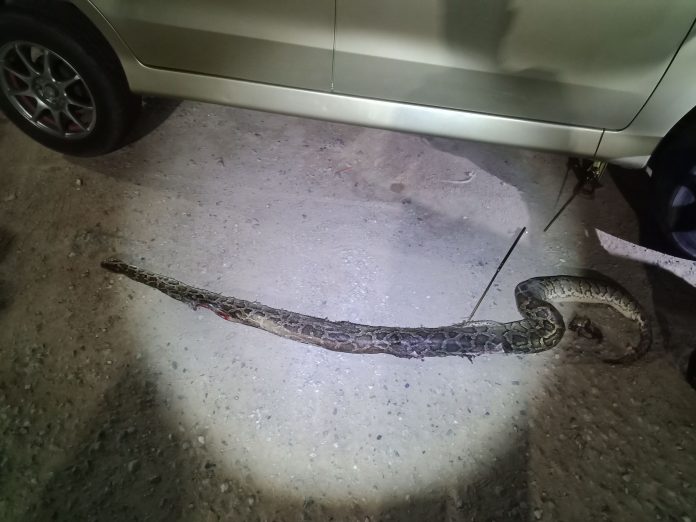 Pattaya –
A python was found dead after getting stuck in a moving car’s wheel in Nongprue early this morning.

Rescue workers were notified of an incident at 2:30AM at Soi Wat Boon Sampan.

They arrived at the scene to find a SUV on the side of the road. The python was stuck in the car’s wheel.

38 year old Surasit Sukwat said he was driving the car. He saw something similar to a wood stick on the road.

Suddenly he felt something stuck at the wheel. He stopped the car. The python was in the wheel.

The python unfortunately died and has been taken out. It was roughly seven feet long.