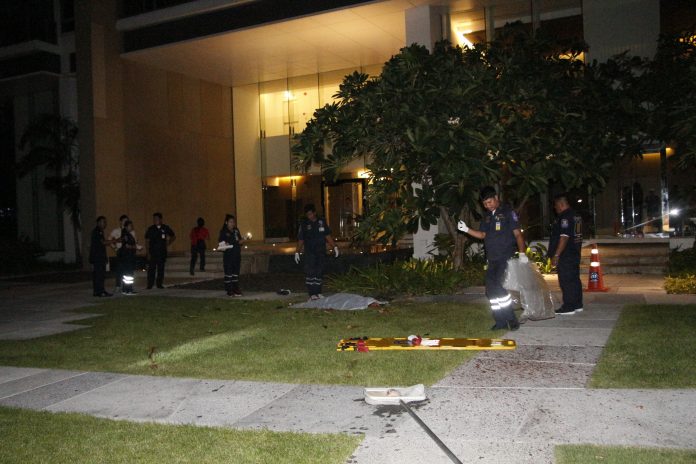 Swedish falls from a condo in Pattaya

Pattaya –
A Swedish man has died last night after a fall from the 29th floor of a condominium in Pattaya.

Lt Col Attarot Krongrat of the Pattaya City Police was notified of an incident at a condominium in Soi Pattaya Naklua 18 at 10PM.

Police and Sawang Boriboon Thammasatan rescue workers arrived at the scene to find a body of a man who has been identified by police only as a Swedish national. His age was not given.

His remains were taken to a local Hospital. His name was with held so that officials may contact the embassy and relatives.

Police say that the man lived on the 29th floor. The cause of death has not been confirmed at this time.