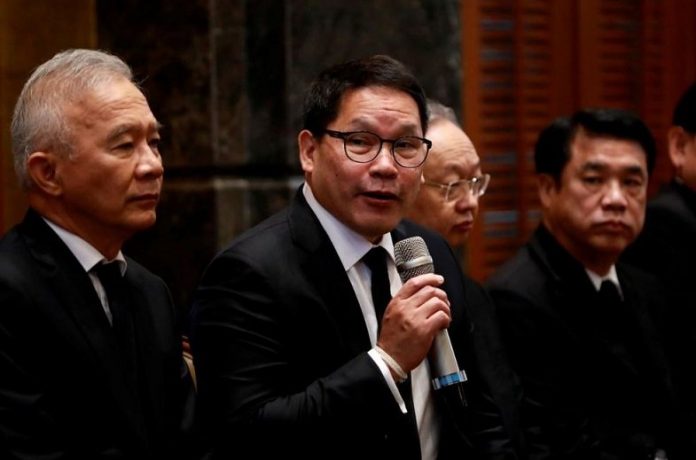 BANGKOK (Reuters) – Thailand’s economy is just slowing but not in a recession yet and recently announced government stimulus measures should help lift growth to 3% this year, the country’s finance minister said on Wednesday.

Southeast Asia’s second-largest economy expanded only 2.3% in the second quarter, the weakest annual pace in nearly five years, as its exports, a key growth driver, tumbled amid rising trade tensions and a strong currency THB=TH. The baht is the best performing currency in Asia, up 6.4% against the dollar so far this year.

The government last month announced a $10 billion stimulus package that will include support for farmers and tourism in a bid to boost domestic activity.

“I can confirm that Thailand’s economy has not slipped into a recession, as we are still growing but at a slower pace,” Uttama Savanayana told reporters.

In addition to the stimulus package, the government will speed up investment by state firms to more than 300 billion baht ($9.80 billion) as a target for the current fiscal year to September, he said. The investment budget of state firms was expected to rise by at least 10% for the next fiscal year, he added.

On Wednesday, a joint committee of banking, commerce, and industry said it was worried about the trade-reliant economy, which lacks “supportive factors” and could grow less than its forecast 2.9%-3.3% this year.

The central bank said last week that the economy might grow less than 3% this year, after 4.1% growth last year.

Uttama said he was not worried about high household debt levels as some loans were for businesses and still generating income, while some others were secured ones.

“But we are not complacent,” he said. “We will closely monitor it although it’s not a concern yet”.

High debt has been a drag on private consumption, which makes up half of the economy, and a concern for the central bank.