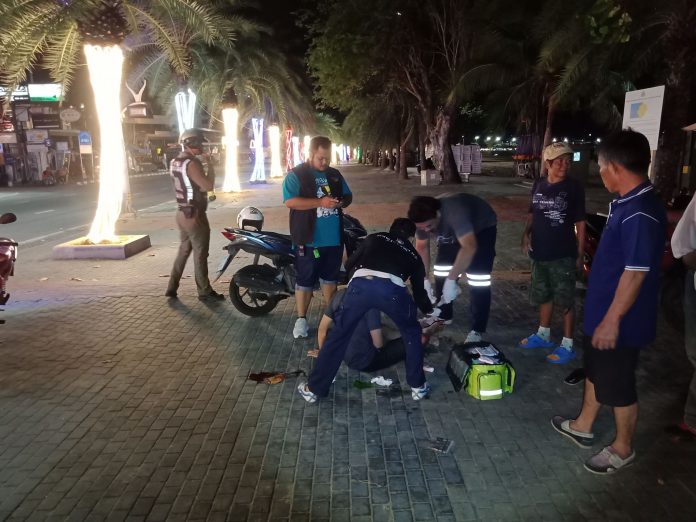 An intoxicated motorbike driver has sustained serious injuries after driving a motorbike on a footpath early this morning on Pattaya Beach.

The Pattaya City Police were notified of an accident on Pattaya beach road at 3AM.

Police and Sawang Boriboon Thammasathan rescue workers arrived at the scene to find a damaged motorbike on the footpath.

Nearby they found the intoxicated motorbike driver 24 years old Pattanapong Rakjan. He was provided first aid at the scene as he refused to go to a hospital.

Witnesses told police that the driver was driving the motorbike on the footpath with high speed when he lost control of his vehicle.

Police detained the man for driving intoxicated and on a footpath which is against Thai law.