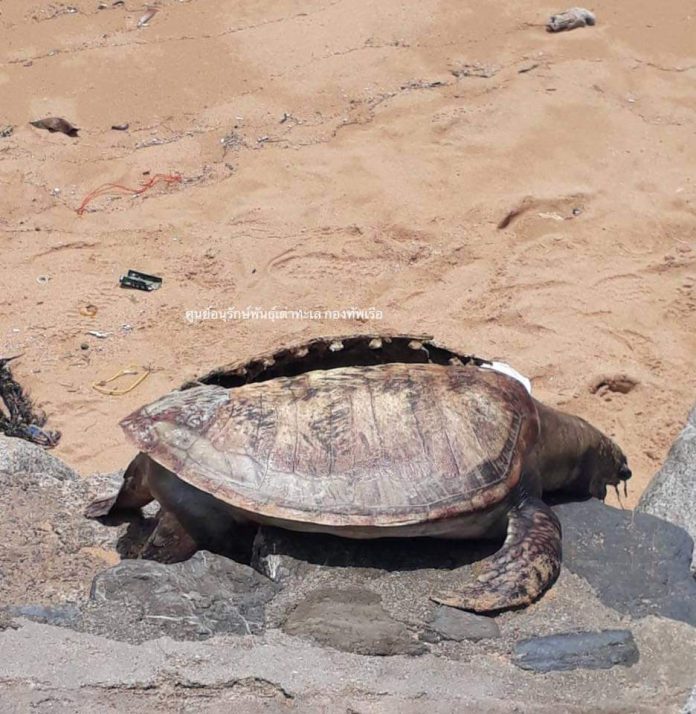 A sea turtle was found dead on Najomtien beach this week.

No microchip was found on it, which are commonly used to track many endangered sea turtles in the area.

The turtle had started to decay. The cause of death has not been finalized at this time.