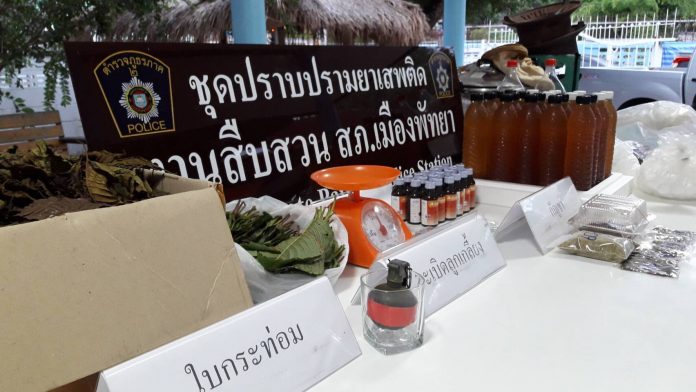 Pattaya drug suspect arrested with drugs and a grenade

What local police are calling a significant local drug dealer has been arrested yesterday in Pattaya with marijuana, Kratom leaves and juice and a grenade.

Police have seized 20 bottles of Kratom juice, 8 bundles of fresh Kratom leaves, 13.9 grams of dried Kratom, 124 grams of marijuana and a grenade.

The arrest follows police receiving a tip-off that the suspect was selling drugs to tourists on Walking Street during the evening hours.

After the investigation police arrested him at Walking Street. Police have found drugs in his pickup truck and in his house.