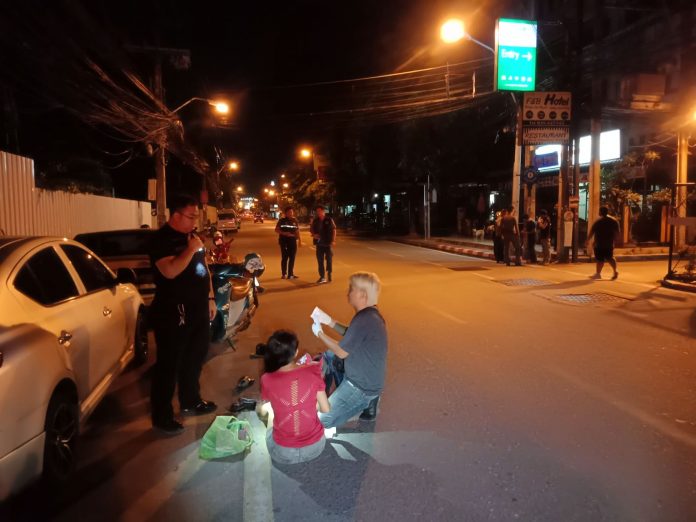 Two injured in a drunken driving motorbike accident in Pattaya

An intoxicated motorbike driver and a second, sober, driver have sustained injuries after a crash in Pattaya early this morning, August 16th, 2019.

The Pattaya City Police were notified of an incident at 4:20 AM on Pattaya Sai 2 Road in Central Pattaya.

Police, The Pattaya News and Sawang Boriboon rescue workers arrived at the scene to find a damaged motorbike on the road. Nearby, they found 29-year-old Mr. Arnon Sanejan who was heavily intoxicated and had sustained minor injuries. 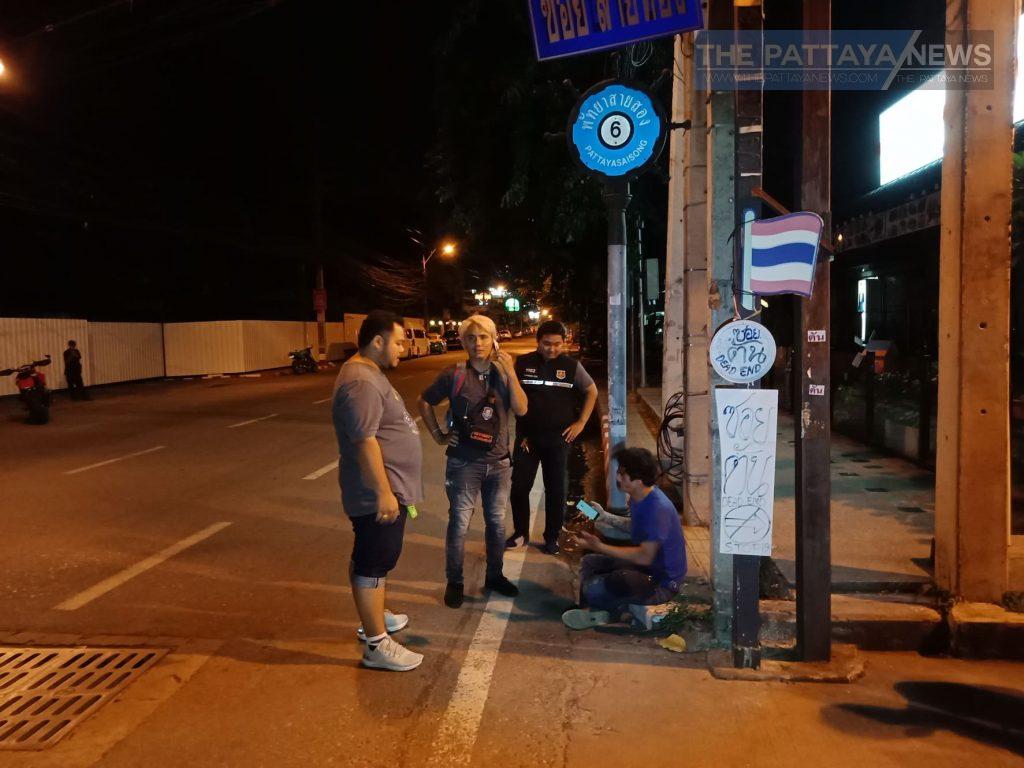 Nearby was 50-year-old Ms. Ruechakorn Chockboworn, who had also sustained several injuries. They were both taken to a local hospital.

Ms. Ruecahkorn told The Pattaya news that Mr. Sanejan was driving with high speed collided with the back of her motorbike.

Police are continuing their investigation while the intoxicated driver is facing further legal action.