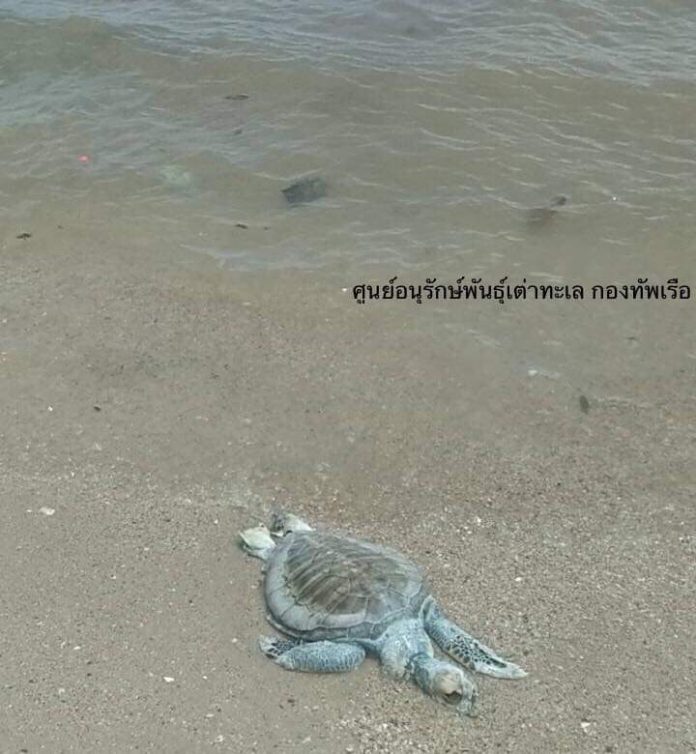 Sattahip –
A sea turtle has been found dead and the cause named as drowning from a fishing net and digesting plastic debris in Chon Buri this weekend.

Officers at the Sea Turtle Conservation Station of the Royal Thai Navy were notified from Mr. Jakkrapong Kanwaset who is a prominent member of the ‘Sattahip Beach Defender’ Network that the sea turtle was found dead on Dongtan beach in the Jomtien area.

They reported that the green sea turtle is believed to be around five years old. It is 32 centimetres wide and 38 centimetres long.

No microchip was found on it, which is commonly used to track many endangered sea turtles in the area.

Fishing net was found around its neck which caused the turtle to drown. It’s body had begun to decay heavily.

An autopsy showed that some plastic and fishing net was also found inside the turtle’s intestines.

This is at least the eighth sea turtle found in the area in the past few months deceased.