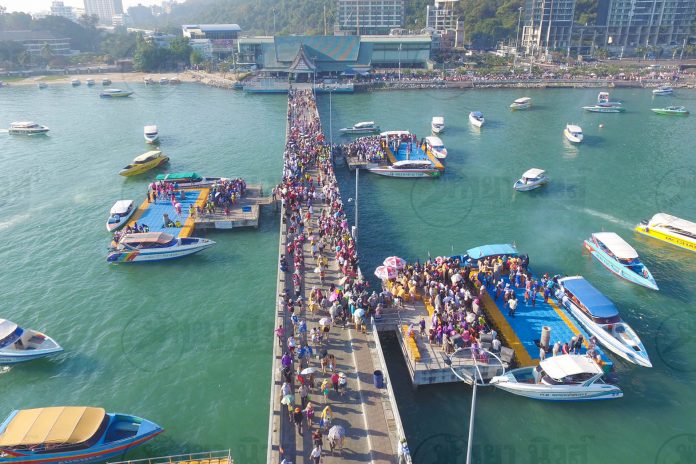 Foreign man pulled from the water at Pattaya pier

Pattaya –
A foreign man has been pulled up from the water at the Bali Hai Pier in Pattaya last night, Sunday, August 4, 2019.

Officers at the pier last night pulled a foreign man from the water after he decided to jump down from the pier.

The man tried to come up from the water by himself several times according to witnesses and the Marine Safety Control Division of Pattaya City but failed as he was too weak.

Witnesses stated to the Marine Safety Control Division that the man, who was not named to the press, jumped down in the water as he wanted to pick up his girlfriend’s shirt she had dropped in the water by accident.

A boat operator told the Marine Safety Control Division officers that the foreign man was recently back from a yacht party. He was heading home to his but was intoxicated when he made the decision to jump into the water to get his girlfriends shirt.