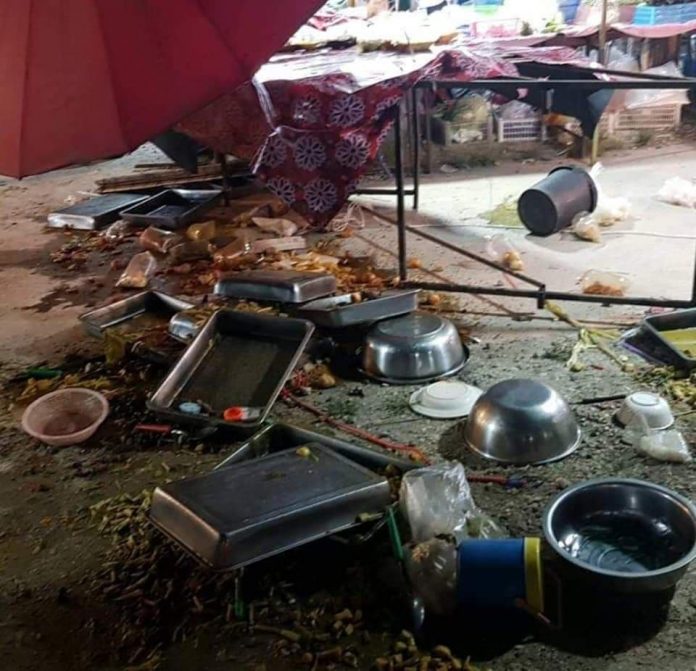 Chonburi – Multiple people have sustained injuries after a sedan slammed into a busy evening market in Panthong District yesterday, July 30th, 2019, around 7:00 PM.

Emergency responders arrived at the scene to find a damaged sedan had crashed into multiple food stands and vendors. Multiple injured vendors and shoppers were lying on the ground injured. 46-year-old, Rachan Panwongsa, the sedan driver who had also sustained serious injuries was found inside the vehicle. 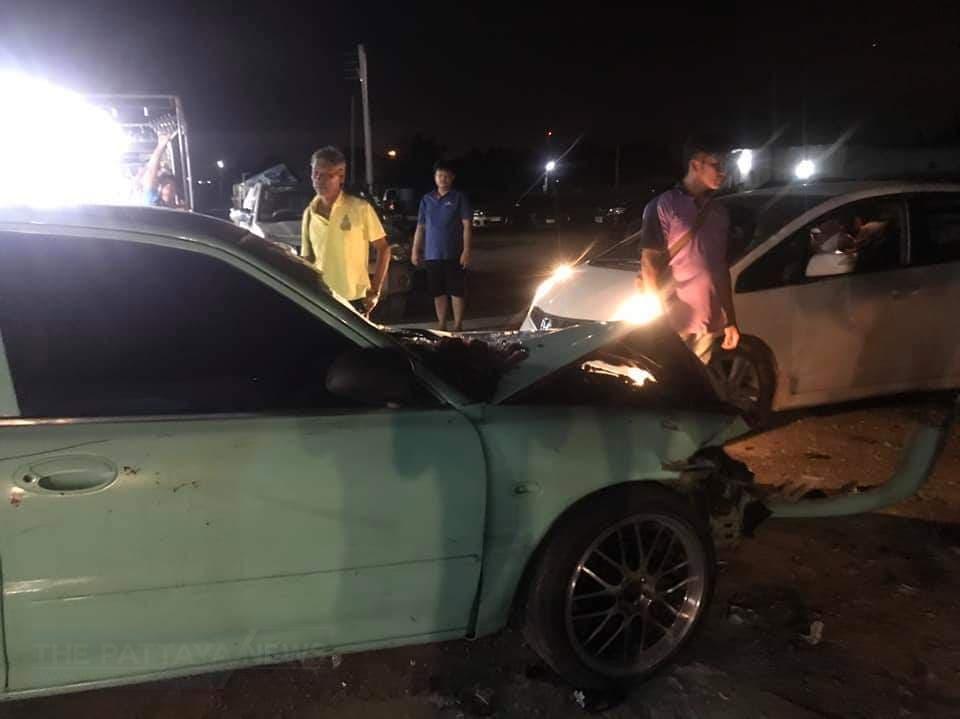 A total of six people at the market were injured and brought to a local hospital to treat their injuries. None of the injuries was life-threatening. 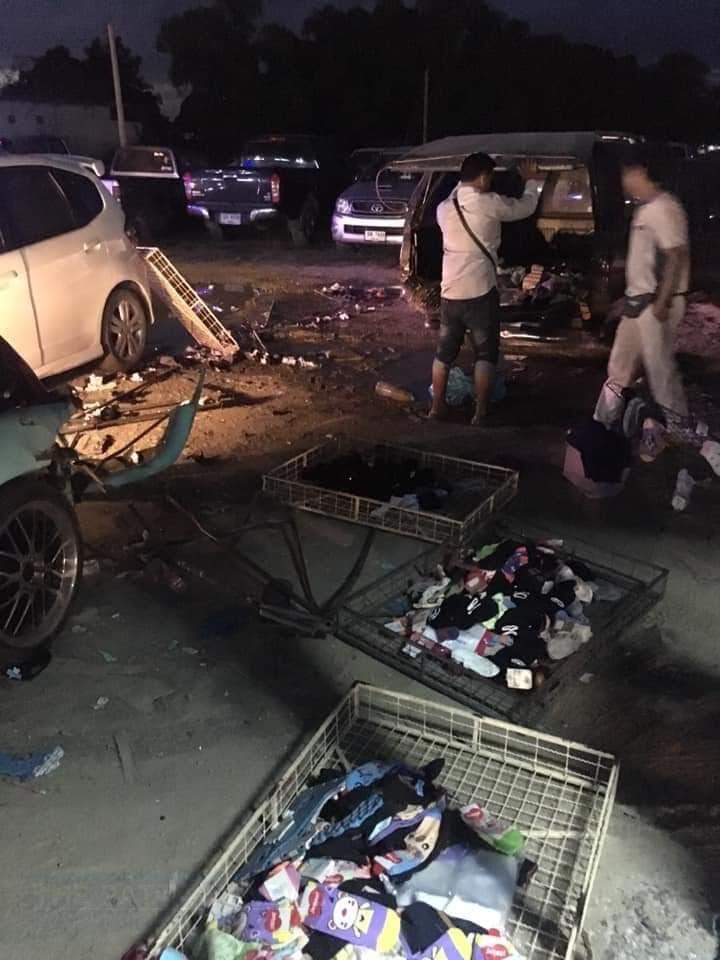 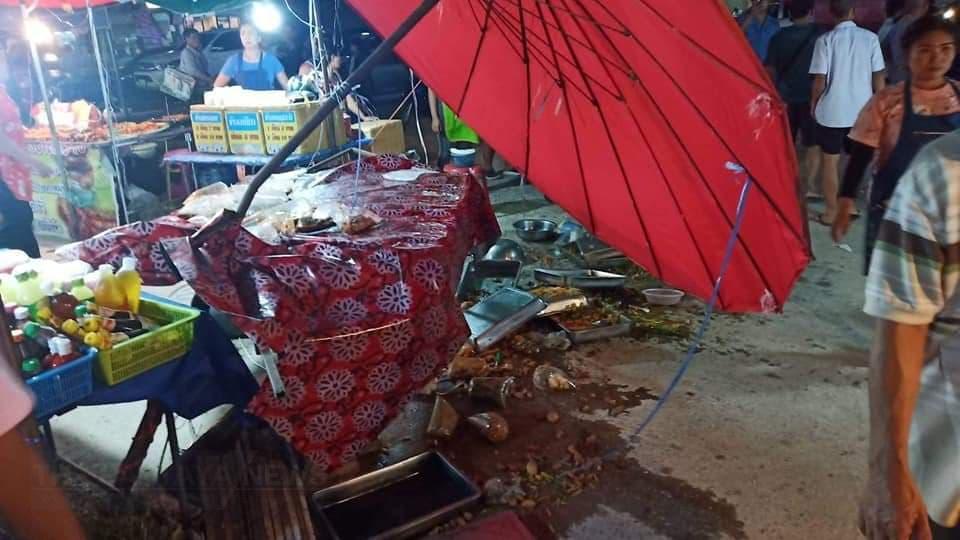 Panthong Police are continuing their investigation as the exact cause behind Rachan crashing into the market was not clear and there were differing eye witness reports as to what exactly had happened. Police plan to interview Rachan after they recover from injuries in the hospital.