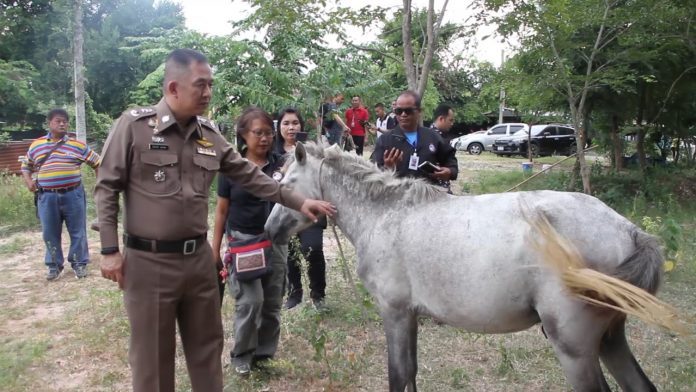 A 33-year-old Thai man who lives outside of Pattaya, Mr. Nirun Kamlon, was arrested this weekend at his home by Police and accused of murdering horses and selling their meat over social media. He was arrested on the orders of the governor of Banglamung after several posts alleged to be from Mr. Kamlon went viral on Facebook.

Mr. Kamlon faces significant charges of torturing animals. Officials told the media that Mr. Kamlon has allegedly been doing this for a very long time in Chon Buri.

A skull of a horse and dried bloodstains were found in Mr. Kamlon’s home.  A horse that appeared to not be in good health was found on his property as well as other bones that seemed to belong to horses.

District officials told the media that Mr. Kamlon allegedly confessed and claimed to have been taught the business from his grandfather. He claimed that he had purchased disabled horses from stables in Banglamung district and killed them to sell their meat. 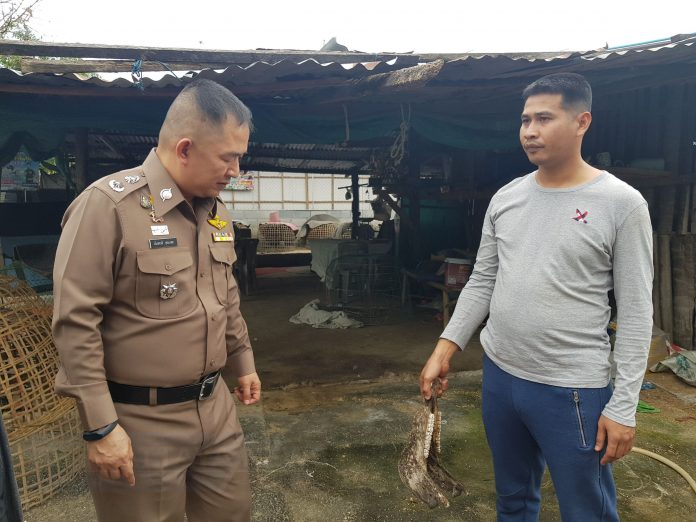 He remains in police custody.