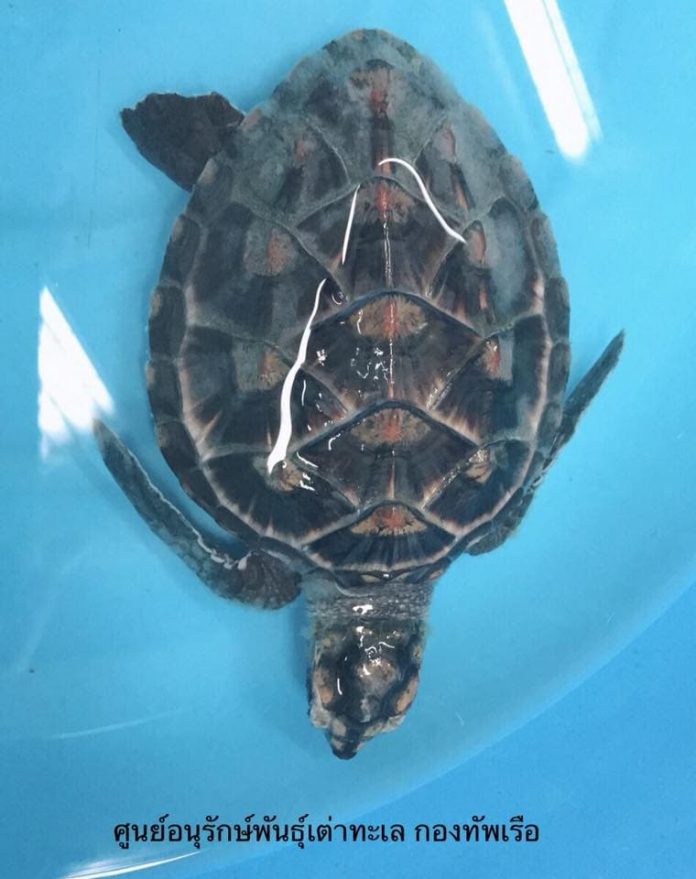 Officers at the Sea Turtle Conservation Station of the Royal Thai Navy
were notified this weekend that a baby sea turtle was found alive on a beach in Laem Chabang.

The sea turtle was taken back to the station. It is an endangered baby Hawksbill sea turtle age around four months. It weighs 106 grams and 8.6 centimeters long.

No wounds were found on the turtle. It is believed that the turtle had been washed up by waves. The turtle can still swim on its own and is healthy.

It is now being treated at the station before released back to its home in the sea. Using modern technology officials will also be able to track and monitor the health of the sea turtle. 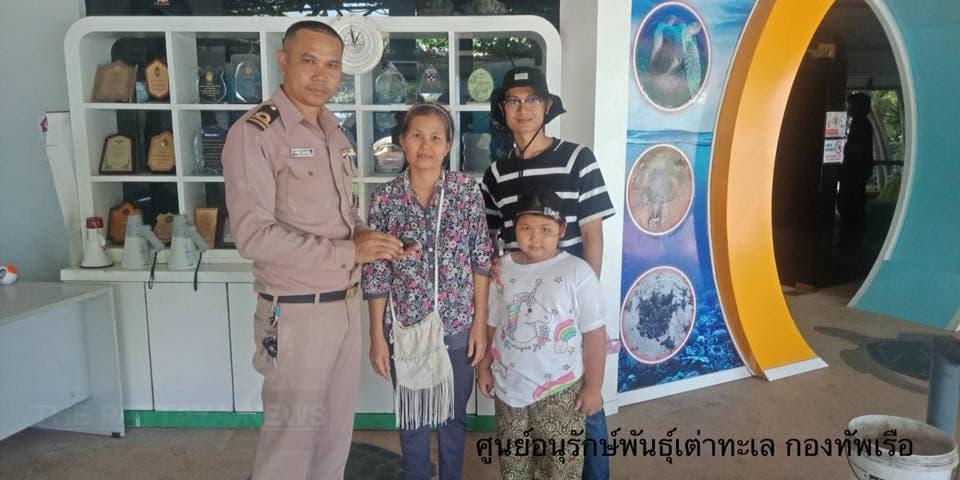 There have been several deaths of sea turtles in the area over the last month, including a large adult Hawksbill sea turtle about a week prior in Jomtien. A living and