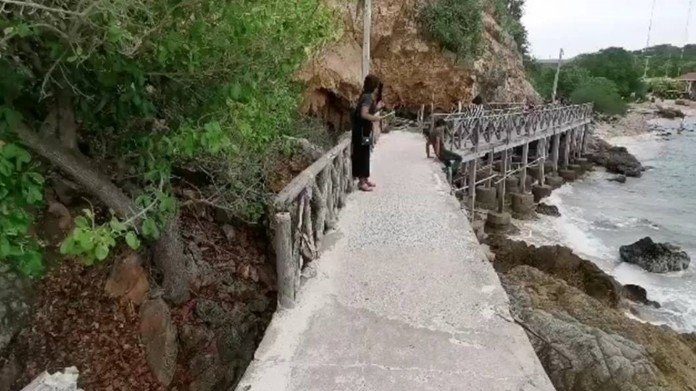 KOH LARN:–Pattaya plans to repair Koh Larn’s neglected Tien Beach bridge, but not until next year.

Deputy Mayor Ronakit Ekasingh said July 15 that a 4.5-million-baht budget has been requested for 2020 to fix the bridge which local residents claim is near collapse.

Locals at the third-most-popular beach on the island said there have been no lights on the bridge for a decade and, now neglect has caused the very foundation of the four-meter-high bridge over a shoreline of rocks to degrade.

About half the 500-meter span has no railing, the steel posts and foundation are rusted and various parts and joints are missing. The bridge could collapse at any time, residents fear.

City hall engineers already have blueprints for a renovated bridge. The Pattaya City Council will decide whether to approve the spending Aug. 5.