Yesterday afternoon, June 24th, 2019, local officials and police arrived at the Euro Star Jomtien Beach Hotel located at the top of Jomtien Beach Road near Dongtan Beach to shut down the hotel, evicting dozens of tourists in the process.

The hotel, which according to management is involved in a property dispute with their holding company, had a power cut, security systems removed and claimed that officials confiscated their liquor and wine collection.

Tourists that were staying at the hotel were evicted without warning. Some were in their rooms and some were in the hotel restaurants. Several came back with no forenotice or warning about the hotel being closed. Many tourists stated to the gathered press that they had booked months in advance. It was not immediately clear if they would get a refund for the issue. 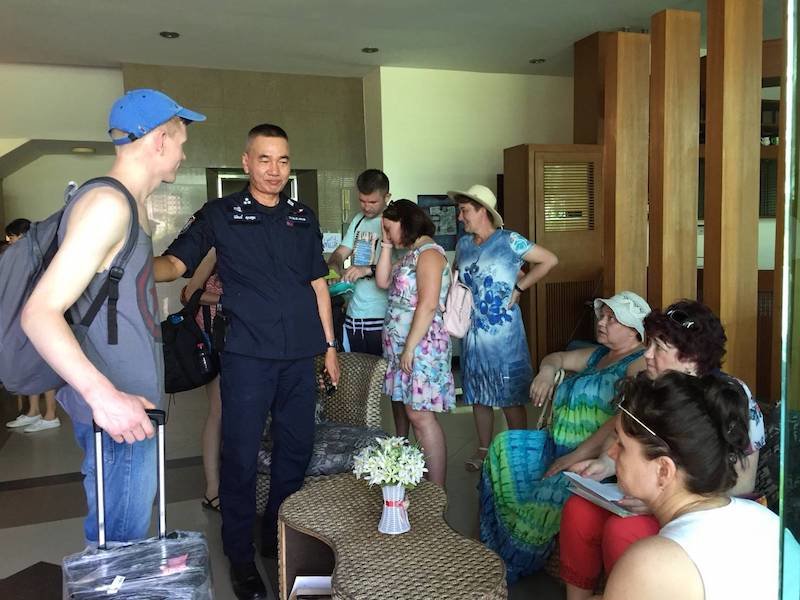 The management of the hotel stated they had made an official complaint to the Pattaya Police department over the way the eviction was handled and how it left tourists stranded in many cases.

There was no immediate comment from the holding company nor does The Pattaya News have specific details of the legal property dispute.

Metal poles have been erected over the entrance of the hotel to block access at this time.

Stay tuned to The Pattaya News for any more developments.