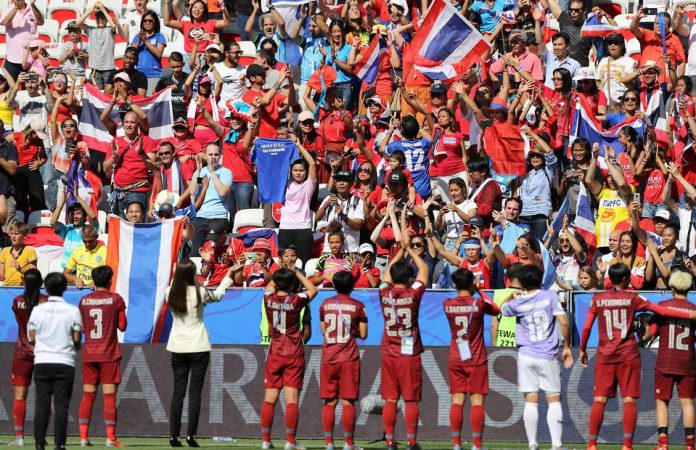 Thailand may be out of the Women’s World Cup but there were tears of joy after their 5-1 loss to Sweden this afternoon.

Thailand lost 13-0 to the USA earlier in the week with the Americans being heavily criticized with their overzealous celebrations as they humiliated their opponents.

Another long 90 minutes were in store for Thailand ahead of their clash with Sweden.

They were 3-0 down by half-time and were starting to book their flights back to Thailand from France.

As we entered the second half, Sweden led 4-0.

Then, something beautiful happened.

Thailand broke forward and Kanjana Sungngoen smashed the ball home at the near post.
It may have been a consolation goal but the scenes were just magnificent.

On the sidelines, team management and coach broke down in tears and elation as this was the first ever world cup goal for Thailand.

They may have conceded 18 goals in two matches and have been knocked out, but they will never forget that goal.

No matter who you support, you can’t fail to be touched by that incredible moment.

Sweden may have gone up the other end to make it 5-1 but that really doesn’t matter.

Thailand will just be hoping to finish their World Cup campaign in style against Chile, who have also been eliminated after their defeat to the USA on this afternoon.