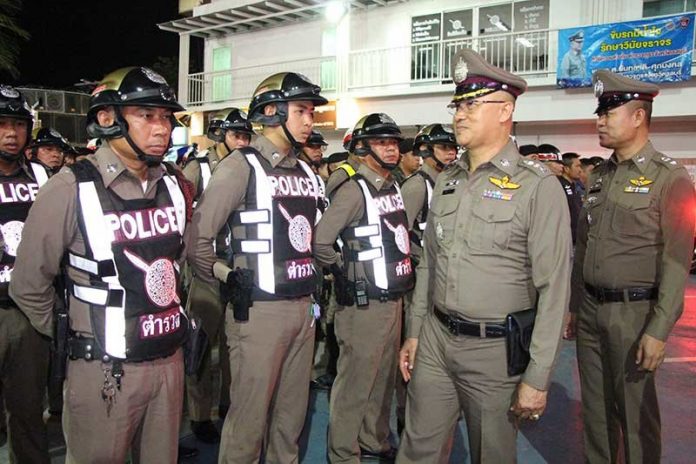 The transfer is punitive in nature due to a raid on two popular local night clubs, The Brazil pub, and the 90’s Bar, that we reported on yesterday, in which over 150 people tested positive for drugs, 60 bags of crystal methamphetamine were found, along with shisha pipes, a loaded 9mm pistol, a pocket knife, multiple license violations and open well past legal operating hours selling alcohol.

National police deputy spokesman, Colonel Krissana Pattanacharoen, stated that all five were transferred to the Chon Buri Police headquarters for the next thirty days. He stated that all five would be facing probes on the matter. He also said that the raid was carried out by the provincial administration department with support from the military and relevant authorities in response to complaints that the venues had operated beyond legal operating hours and that local officials had not taken proper action.

There is no announcement at this time on who will be taking over as our local police chief/superintendent.

As we reported yesterday, senior officials have asked the Chon Buri governor to order the closure of both clubs in question for five years. The managers of both of the venues face several charges as well.