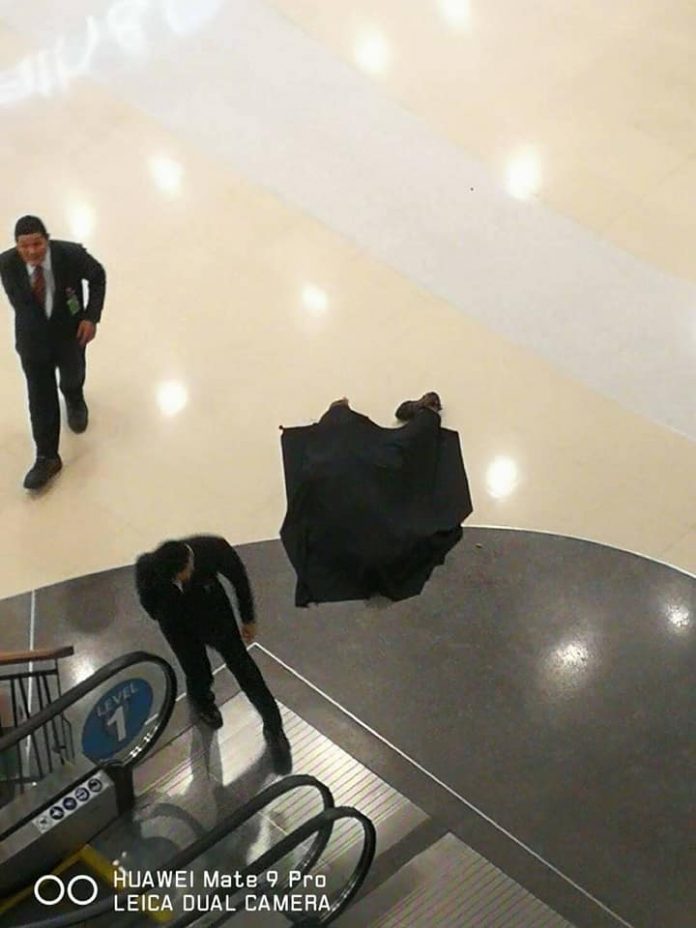 Editors Note: This article may be disturbing to sensitive viewers.

On Thursday, May 16th, 2019, as was reported by us and other news media, an unidentified man who police state appeared to be in his early 50’s fell to his death from the Sixth floor of Central Festival Mall at around 5:00 in the afternoon in front of hundreds of horrified tourists and shoppers.

Initial reports stated that the man, who had only one arm and was shirtless, committed suicide and jumped from the sixth floor, according to police.

Officials responded to the incident, including mall security, by placing a black cloth over the man and then constructing a tent, normally used for promotions and sales, over the man to prevent further footage or pictures of the incident. The man was taken to the Pattaya Memorial Hospital but was pronounced dead. It is unclear if he died at the scene or at the hospital. 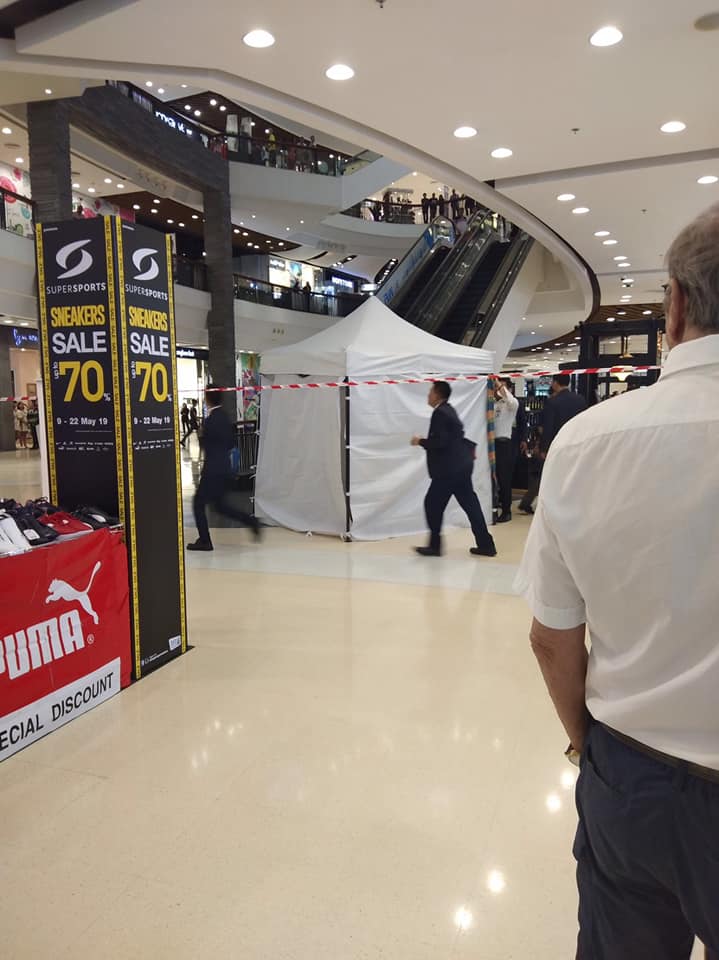 However, several eyewitnesses have stated that was not what they saw.

Social media has had several comments from people who say they were present when the man fell to the ground floor. The comments dispute both the reaction time of the mall and paramedics as well as the cause of death.

Here is a statement from Facebook User “Tadhg Barlow”, who agreed to be named for this article:

As we were enjoying our DQ ice creams directly underneath the escalator we heard no “running” of any sort, but I saw him fall from the escalator from the 5th to the 6th floor. I was shocked and a second later loud people screamed and then a quick but loud “slap/thud” down below, I quickly rushed to the other side to get a clearer view, at first he seemed dead but not a single drop of blood, his legs and feet were twisted but torso intact may indicated he landed on his legs, assuming from the pictures he had no right arm (limbless) from this its easy to see that on the way up he leaned towards to the rubber railing and slipped over, upon further observation, staff began to surround him but quickly got in paramedics, from this we were guessing he was still alive since not a single drop or puddle of blood and paramedics came to check him out. Since he only had one arm, how was able to quickly run to the 6th floor and jump over the barrier seemed quite impossible, thus seeing him fall from the middle of the escalator without projection towards the other end of the escalator shows that he fell directly downward without running. The staff wasn’t that quick to hide the body from the public, furthermore, an ambulance took forever, we were there on observation for half an hour before an ambulance came. The memorial hospital is just down the road from central but for so long no ambulance”

Another user, who did not want to be named, stated she saw the man leaning over the escalator railing near the top of the sixth floor and he seemed to lose his balance and fell, not committing suicide. She also said that the man tried to land on his feet and in her opinion was trying to do anything he could to survive. She also felt that the mall took too long to cover the body, saying it took nearly ten minutes and that after that point they seemed in a rush to return to business as normal and avoid any investigation.

Central Festival has not given an official statement regarding the incident and the man has not been officially identified.