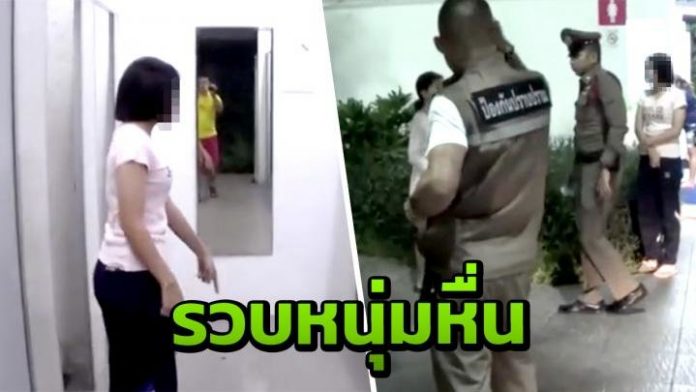 A sixteen-year-old girl who went into a gas station toilet in the Phan Thong area with her mother was attacked by a man who followed her in.

The man pushed in the door of her cubicle, put his hand over her mouth and grabbed her breasts.

But his rape attempt was foiled as “A” screamed out and the assailant fled the toilets.

Her mother “Noi” – who was relieving herself in a nearby cubicle – rushed to help. The screams alerted locals and the police who caught the would-be rapist nearby.

He was named as Wissanu Intae, 29, from Panat Nikom. He said he did it on the spur of the moment, it was his first time.

Mother Noi said that when she heard her daughter scream she thought it was a snake at first.

But she soon realized what had happened as the man ran past her in the lavatories.

She warned women about going into gas station toilets alone.

Wissanu is in the custody of the Phan Thong police.