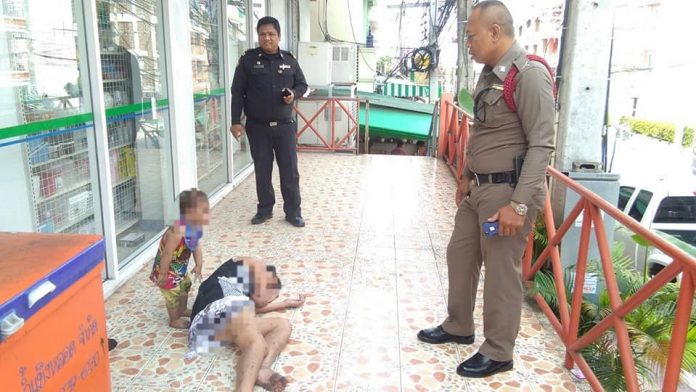 A picture of a toddler with her drunk mother caused widespread comment on social media.

The child was pictured with the mother in Jomtien outside a mini-mart. The mother was passed out drunk in front of the store and had been there for some time.

Local  officers took the woman and her child in and when she had sobered up later took her home.

Some offered to adopt the child while others wondered why people who can’t look after children properly have them in the first place.

Officials say they are continuing to look into the family situation of the mother and the child.