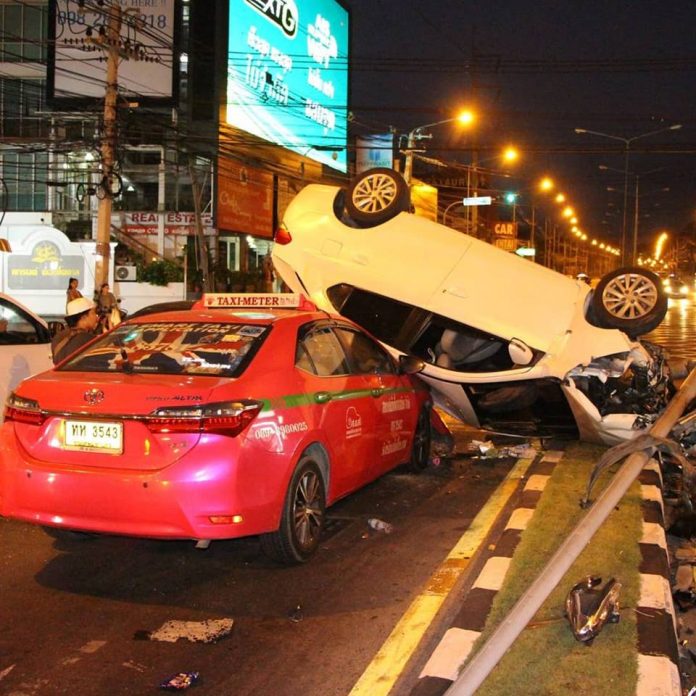 A foreign national from India, Mr. Surinder Singh, whose age was not given to the press but appeared in his early twenties, lost control of his vehicle this morning around 6:00AM at a major intersection and flipped his car onto a taxi waiting at a red light.

The taxi driver, 50, was remarkably uninjured. He stated to the Pattaya News that Mr. Singh came through a red light at high speed and lost control of his vehicle, smashing into a light pole in the middle of the street and flipping his vehicle onto the taxi. 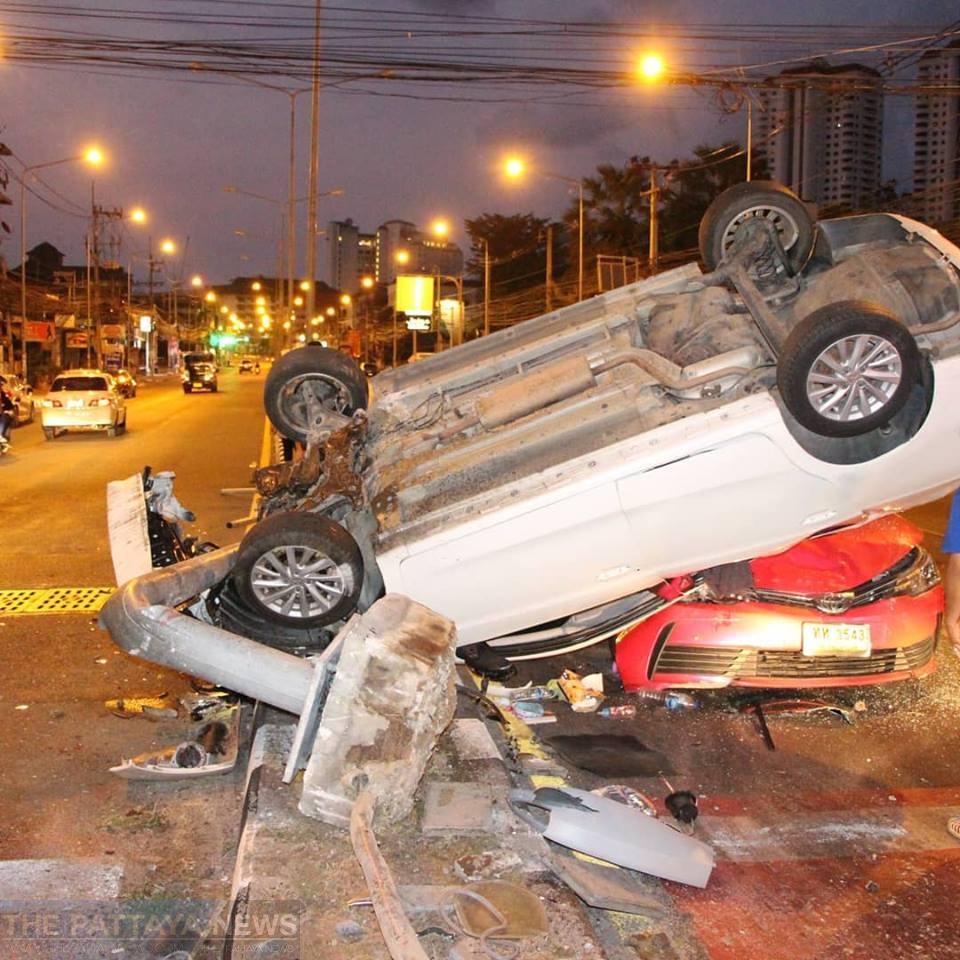 Mr. Singh, who was lightly injured and suffered dental injuries but declined medical assistance, seemed disoriented and according to police possibly intoxicated.

They detained Mr. Singh at the scene of the accident to conduct a blood test to determine if alcohol was involved as he declined a breathalyzer at the scene and was not being cooperative.

Officials will review CCTV footage from the scene and conduct an interview with Mr. Singh before pressing forward with any charges. At a minimum, he will be responsible for property damage to the taxi and the street light, officials stated to the press.

The taxi driver was released at the scene as officials determined he had no fault in the accident.