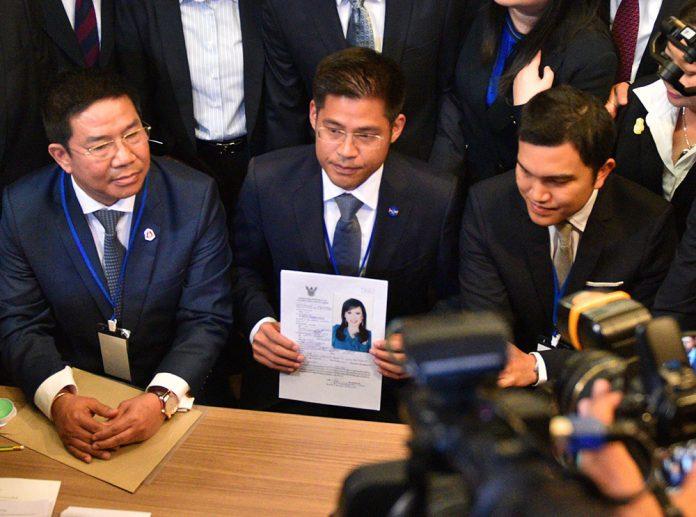 Thai Princess Ubolratana this morning announced her candidacy as a member of the Thaksin Shinawatra-connected Thai Raksa Chart Party, a move with explosive implications for next month’s long-awaited election.

“The (party) board agrees that the name of Princess Ubolratana, an educated and skilled person, is the most suitable choice (for premier),” Thai Raksa Chart party leader Preechapol Pongpanich told reporters.

Princess Ubolratana is the elder sister of King Vajiralongkorn.

Her move was followed shortly by news that sitting Prime Minister Prayut Chan-o-cha, the Thai junta chief who seized power in the 2014 coup that toppled Shinawatra’s sister Yingluck, has officially accepted the nomination of the Phalang Pracharat party.

“I agree to accept the invitation by Phalang Pracharat to nominate my name to parliament to be appointed as PM,” Prayut said, referring to a party aligned with the army.

Thai Raksa Chart, a spin-off of Thaksin’s Pheu Thai Party party – landslide winners of the 2011 elections – was only recently created in a bid to circumvent junta-created rules designed to prevent the opposition from capturing a decisive majority, a Bangkok Post story from two days ago explains.