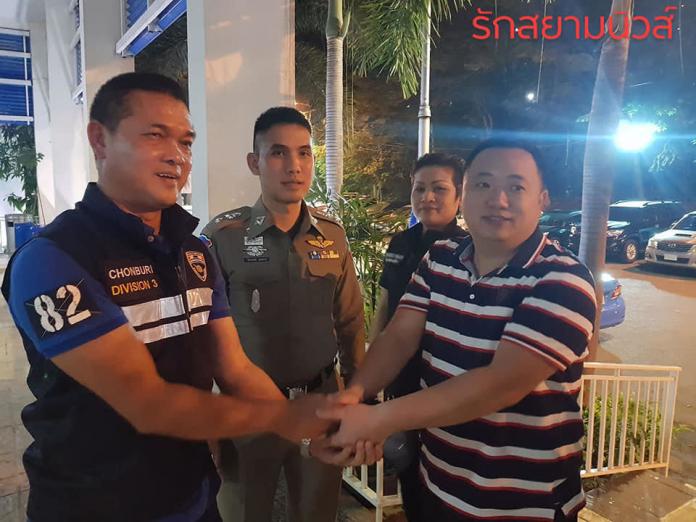 A Chinese orthopedic specialist who left his cash and family passports at a Pattaya scenic spot was reunited with his valuables just after midnight this morning.

He never thought he’d see his bag again and was full of praise for the honest member of the Thai public who handed it in and the police who managed to get in contact with him.

The bag contained 42,000 baht in Yuan and four passports. Dr Li left it while taking souvenir snapshots and only realized it was missing as he prepared to head back to Bangkok for a flight back to China today.

Pictures were taken with the cops from both the tourist and immigration police who worked together to ensure yet another happy outcome for a forgetful tourist.

The good Samaritan who handed the bag in was not named on this occasion in the Ruk Siam News story.
Source: Ruk Siam, Thai Visa.