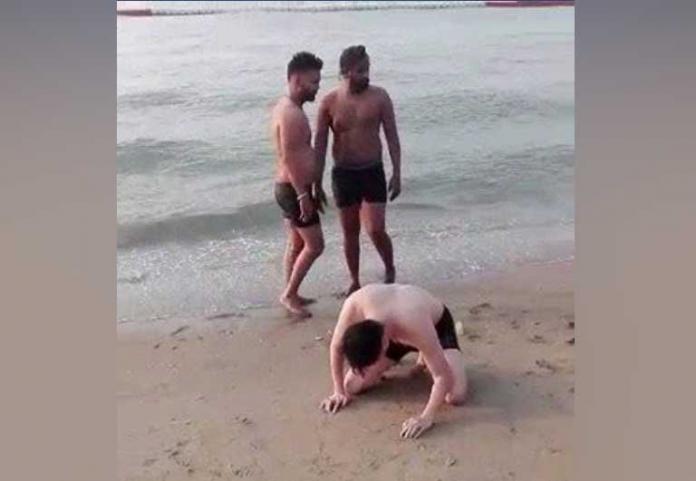 A Croatian tourist saved not one but two visitors to Pattaya on a single afternoon.

But he refused to call himself a hero opting for “Good Samaritan” instead.

Thaivisa caught up with 51 year old Sinisa Leto after he contacted us on Facebook to call for lifeguards to patrol Pattaya’s beaches.

He gave Thaivisa footage of the aftermath in which he had rescued what he believed to be two Chinese nationals at the beach at the end of last week.

While modest Sinisa was doing the life saving girlfriends of the victims were filming on the beach.

The two men were with each other but got into trouble in the deep water and were effectively pulling each other down.

This is when the 190 cm tall and well built Croatian from Pula plunged into action.

“If I had not rescued them they were dead for sure as they were pulling each other down,” said Sinisa.

“When I got to them they grabbed me like I was a million Euros!

“There was no verbal communication – they were just fighting for their lives”.

In the video he advised one of the men not to go so deep next time. The incident happened opposite the Bella Vista Hotel on Beach Road, he said last Friday or Saturday.

Sinisa said that he has made about ten visits to Thailand and this time he has been in Thailand a month already and will go to Phuket next. He plans to stay for three months in total.

He spoke of the need for lifeguards.

“I handled this as there was no one else to give assistance. Some other guys were there but didn’t offer any help.

“Lifeguards are necessary – people get into trouble and soon find themselves in deep water unable to help themselves”.

Asked if he considered himself a hero he said:

“No – just call me a Good Samaritan”