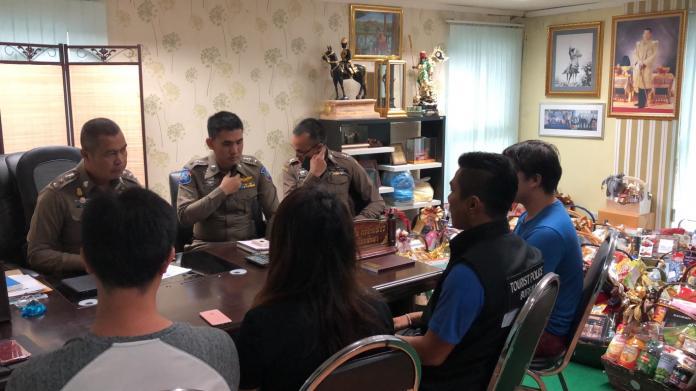 At 5:00PM on Friday, January 4th, 2019, a 26 year old Chinese National was arrested and brought to the Pattaya police station on accusations of making a false statement to the police.

Mr. Jihong Mao, 26, had previously stated to the police that he had a Gucci Bag stolen by two fellow Chinese Nationals which contained nearly 100,000 baht in cash from his hotel room. Police, however, were suspicious of this claim and investigated the incident further.

Police officials stated to the press that Mr. Mao had a personal dispute with Mr. Liang Yaxi, 27 and his girlfriend Ms. Li Ying, 25, also of China. They had befriended and met at the airport and travelled to Pattaya together in a taxi according to Mr. Yaxi. However, they became involved in a personal dispute over allegedly one party asking another party to give them a tour of Pattaya for payment.

Mr. Mao, according to police, was upset about this situation and a fallout between the two parties and decided to make a false report to the police about theft.

Mr. Mao will be charged with making a false statement to the police which carries potentially heavy fines and possible prison time.