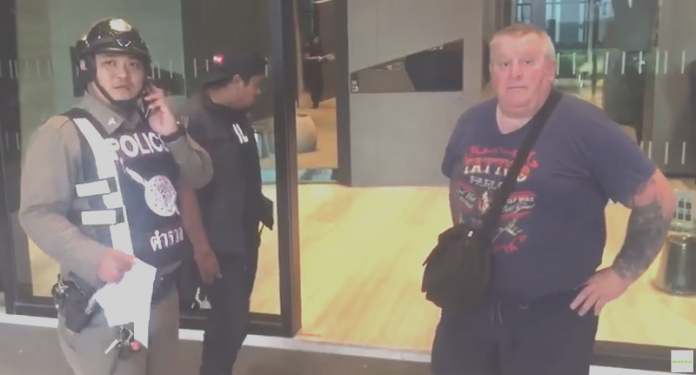 A British man in Pattaya says he was drugged and robbed after meeting a woman on the street and taking her back to his room.

Mr. George Andrew Lerce, 56, told police he had been out drinking on Friday night and went to 7-Eleven before returning to his condo room.

However, outside 7-Eleven he was approached by two women, one of which asked to go with him as she had no place to stay.

He said that one of the women claimed she had nowhere to stay and asked if she could stay in his room. He agreed and took the “very nice” looking woman back to his room as he stated he was being a good Samaritan.

However, when he woke up on Saturday morning he found more than £1,000 and 3,000 baht in cash, as well as jewelry worth more than 100,000 baht, was missing from his room and the lady friend he met outside 7-Eleven was nowhere to be seen.

Mr. Lerce said the woman must have spiked his drink with the pills, waited until he fell asleep and stole the items from his room.

Police said they are searching for the woman and have released an image of her obtained from the condo CCTV.

They also said they are trying to determine what exactly the pills are that were found in Mr. Lerce’s room.