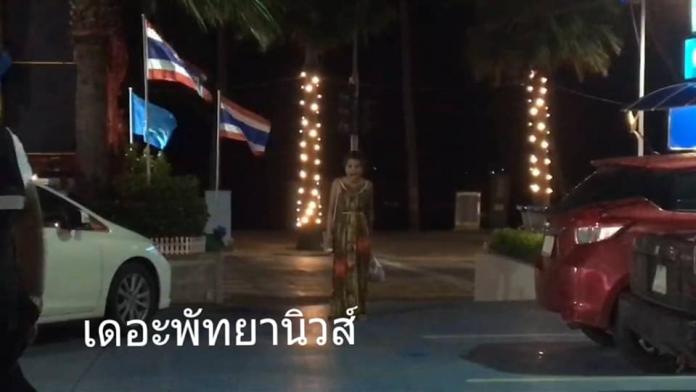 At 3:30AM this morning, August 26th 2018, an unidentified and highly intoxicated Thai woman who refused to give her identity stormed the Pattaya Police Station on Soi 9 after screaming at them in the parking lot for fifteen minutes.

Our reporters were at the scene and captured her both screaming in the parking lot and at the police. She was screaming nonsense in Thai and Broken English and even the Thai police could not understand what she was so angry about.

She attempted to do a sit in on the lobby floor of the Police Station and was politely picked up and removed.

Police considered arresting her for public intoxication or drug testing her however decided to de-escalate the situation and “kill her with kindness.” After several heated exchanges of the Thai woman screaming obscene names and statements in Thai and English and the police on duty staying calm, controlled and polite and asking her if she wanted to fill out a full police report the lady left, still drunk and upset.

Police stated that the lady was known to them and was a regular site on Beach Road screaming at herself and others, however was not physically aggressive and once she sobered up was always fine. They stated they have offered her mental help and information for rehab clinics, however, the lady has always refused.