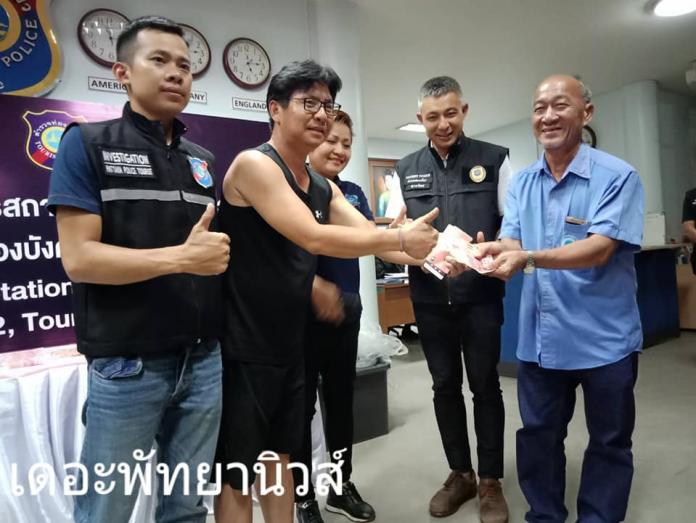 Recently in the news there have been several stories of honest taxi drivers returning belongings to forgetful tourists. We have another incident that took place earlier today involving an honest driver. 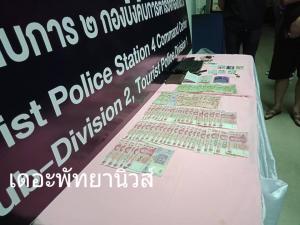 Chinese tourist Mingkin Chen, 45, was in a hurry visiting a local tourist attraction and left his bag with 30,000 baht total in various currencies, his passport, all his credit cards and his hotel key in the back of a taxi. The taxi driver, 60 year old Jumpol Sariya, had finished taking Mr. Chen to the attraction and had picked up two other passengers who brought the bag to Mr. Sariya’s attention.

Mr. Sariya returned to the tourist attraction but could not find Mr. Chen. He then went to the local police station to seek assistance in locating him. Local tourist police successfully located Mr. Chen and they were re-united at the police station. An emotional and thankful Mr. Chen gifted the driver with 2000 baht and a gift in jewellery. 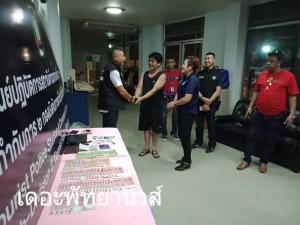 At the end of the day it was all smiles.