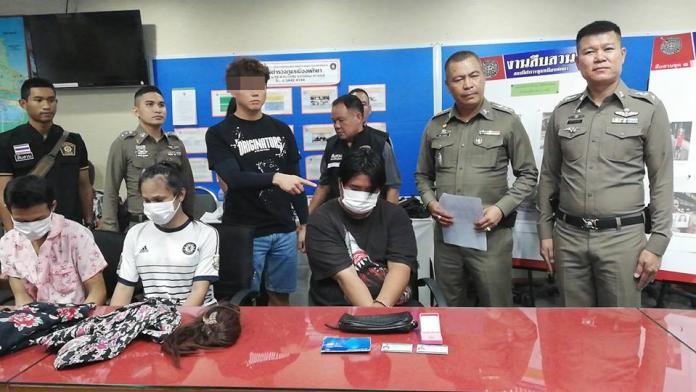 In the early hours of Thursday, June 6th, three Thai nationals grabbed a bag from a Japanese tourist, who was not named, on Walking street while they were browsing the street. Additionally they also stole baggage from Korean tourists the same day.

Mr. Pruksong Loykarn and Mr. Somboon Dangsawan, both 28, were arrested around 7AM this morning after the tourist complained at the police station and police investigated CCtv and identified the men, tracking them to their apartment at The Eternal Condo building. A third man involved, Mr. Likhit Chaithirat, 26, has fled and an arrest warrant was issued. A fourth man involved has not currently been identified. 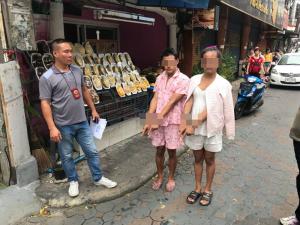 At the apartment police discovered the baggage and belongings of the tourists which contained all their identification, money, credit cards, passports, clothes and more. The two Thai men present confessed to the crime. The men conducted the crime dressed in disguise as women, but are not ladyboys.