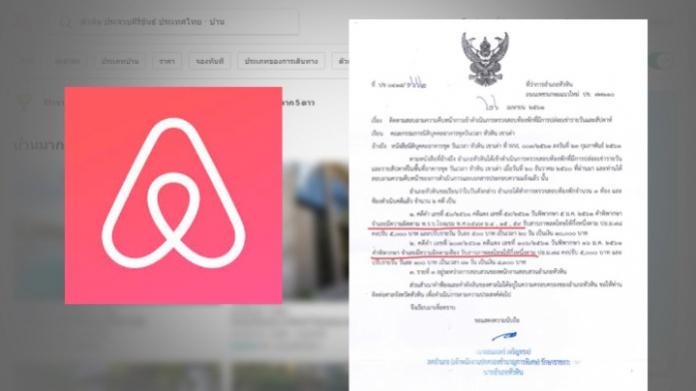 A court in Thailand has deemed AirBnB to be against Thai law and in effect banned with serious fines and possible jail time for anyone who offers rooms for daily and weekly rental as well as potential tenants. Monthly rentals and long term leases were deemed legal.

A letter was sent to the Wan Vayla condominium complex in Khao Tao from the local authority outlining the court’s decision in two of three cases where condominiums were rented out for less than a month.

Local and Government officials looked into the matter in December of last year and went to court. The ruling could effectively be the beginning of the end for companies like AirBnB in Thailand who have consistently said that what they are offering in the kingdom is legal.
It’s noted that the company has carried out training and seminars on a regular basis in Thailand and there are thousands of people offering their rooms for rent throughout the country.

AirBnB actively promotes their business in Thailand and the consequences from the ruling could be immense for the company, renters and consumers alike.

The court ruled that people renting out their rooms on a daily and weekly basis contravened regulations surrounding hotels. It in turn causes issues to legally licensed hotels. Recently, The Thai authorities have been cracking down on unlicensed hotels in Pattaya and other areas and this action is part of the crackdown. Condo owners at places such as the Base have complained for a long period of time that AirBnB is causing serious disruption to their living and leases.

AirBnB has not responded to comment at this time, although Thai authorities said action will be taken immediately based on the courts decision.