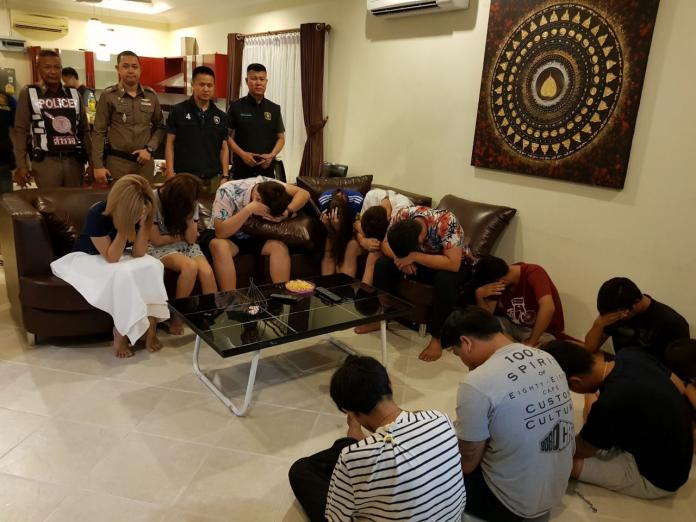 Police say seven teenagers tested positive for drug use after officers raided a party at a rented luxury house in Pattaya early on Tuesday.

Pattaya police chief Pol Col Apichai Krobphet led the raid at the house in the Majestic Residence Pool Villa Pattaya on Khao Phra Tamnak Mountain at 12.10am on Tuesday. They stated the raid took place due to an anonymous tip about the party as well as complaints from neighbors about loud music and noise disturbances in the normally quiet community.

Police found 15 teenage boys and girls drinking by the poolside amid loud music.

Police say they found six methamphetamine pills and a small bag of ketamine on the floor and seven of the teenagers later tested positive for drug use.