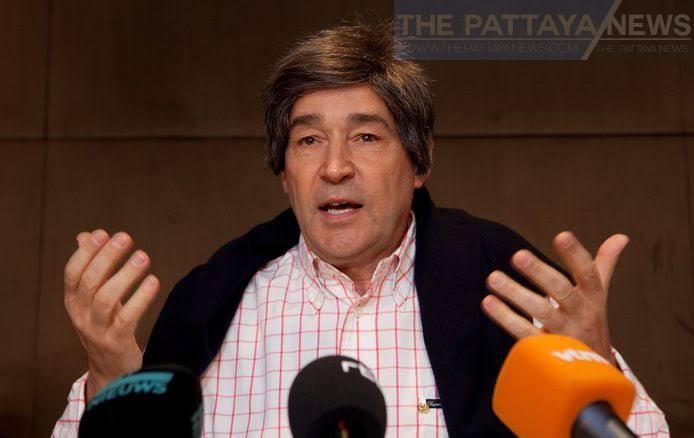 Robert Beijer, 70, a suspect in an infamous cold case in Belgium known as the Brabant Killers or the Gang of Nivelles, was arrested in Pattaya this week for alleged legal visa issues allowing him to stay in Thailand.

Details from Thai police are scarce and local Thai media were not invited to the arrest and as of press time no interviews have been given by Thai officials involved in the matter.

The arrest, which has driven massive public interest on Belgium media, is not due to Mr. Beijer’s alleged issues with his visa in Thailand, where he has lived off and on for decades and was reportedly undertaking cancer treatment, but for his alleged involvement in Belgium’s infamous Brabant Killers Cold Case.

Beijer, also known as Bob, a former state police officer, had previously been convicted for fourteen years for murder and robbery in cases unrelated to the Brabant Killers, and after getting early release for good behavior had been largely living in Thailand since 1999. It was not immediately clear what his exact visa issue was or where he was being detained.

Beijer has long been suspected by many people to have been involved with a gang who was behind a series of attacks, including deadly ones on supermarkets, that killed 28 people in the eighties in Belgium (See below). Mr. Beijer has continually denied all allegations against him and says he is innocent, despite them coming back to haunt him time and again.

His arrest may allow investigators still working on the cold Brabant Killers Case to interrogate him further and was reportedly done in coordination with Belgium officials who as of press time were also looking for the legal right to fully search Mr. Beijer’s home in Pattaya, and may have been granted it, although there were conflicting reports.

The Pattaya News will provide any further updates on this story as they become available.

For more about the Brabant Killers Case in detail tap or click here.

For more from Brussels press….