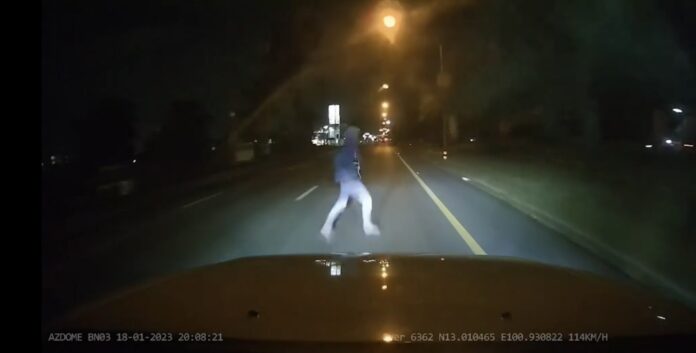 A pedestrian was hit and killed by a car when he tried to cross a poorly lit road in Pattaya on Wednesday, January 18th.

Banglamung Police were notified of the fatal crash that happened on Sukhumvit Road in front of Soi Banglamung 12 in Banglamung district, Chonburi, at 9 PM yesterday. Thai authorities responded immediately to the accident with Sawang Boriboon emergency responders.

The victim, identified as Mr. Paiboon Tongmo, 46, was found dead on the road. He was a Loei province native, according to police. 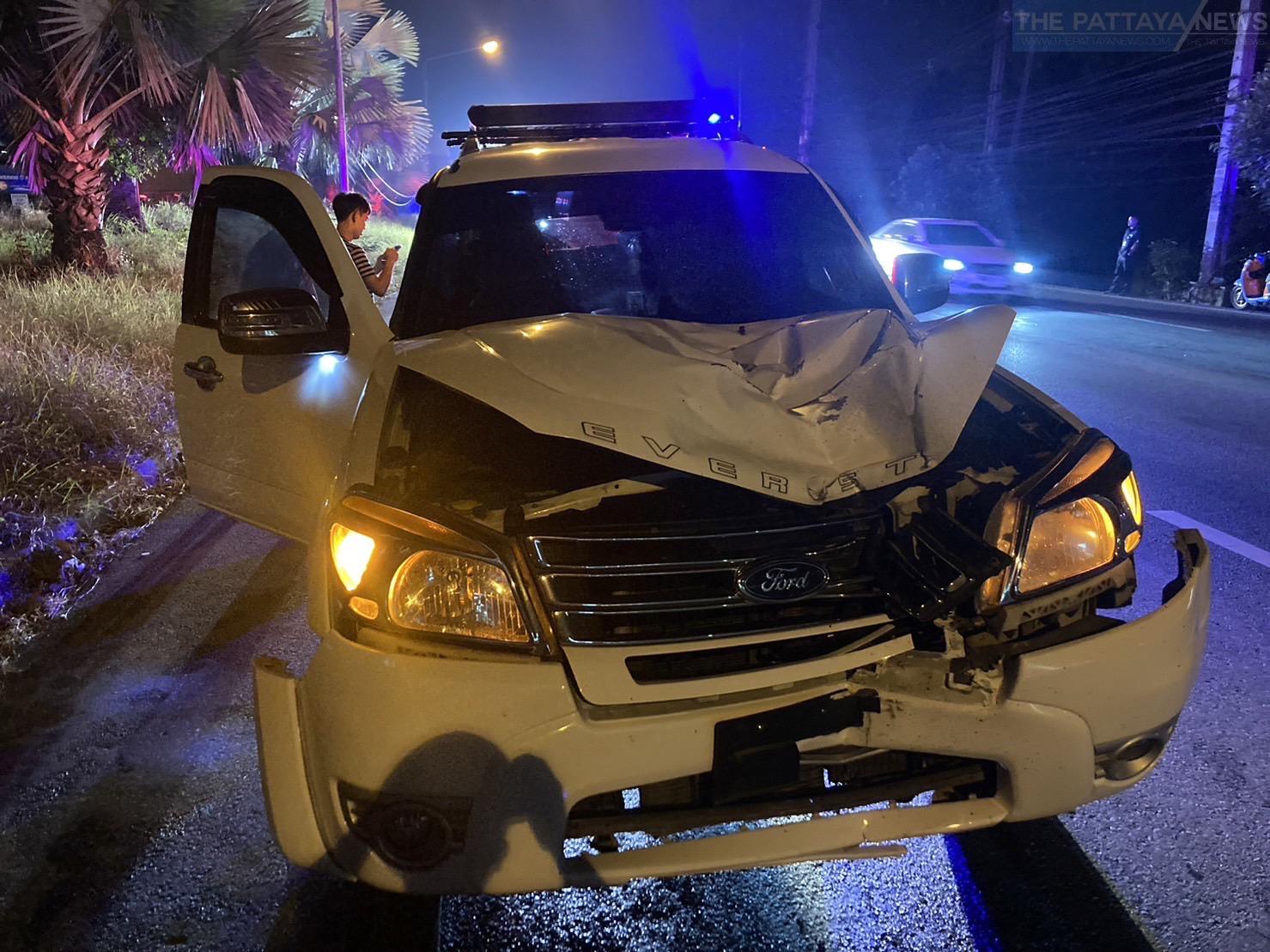 A white Ford Everest with a crumbled bumper was parked on the road. Its driver, 27-year-old Mr. Sila Narinnok, was in a state of shock, as he was waiting to give his statement to the police.

The man said he was driving home from work in the right lane. The road was very dark and he noticed the victim crossing the road only when it was too late. He said he immediately called the authorities after hitting the victim.

The police examined the car’s dashcam and saw the victim trying to run in front of the car from the left lane. His body was transported to Banglamung Hospital for religious rites. The driver was taken to the Banglamung police station for further questioning.
-=-=-=-=-=-=-=-=-===-=-=-=–=–=–=–==-