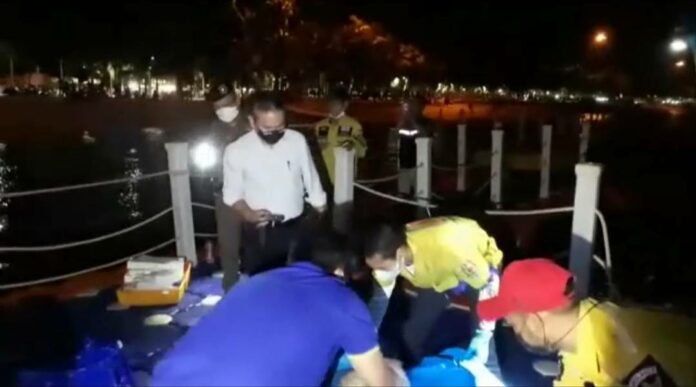 The body of a missing migrant boat crew member was recovered off Koh Si Chang on January 15th.

Chonburi rescuers and police from the Saen Suk police station recovered the body of Mr. Yan Linong, which was floating five nautical miles North of Koh Si Chang at 8:30 PM.

The victim wore a blue shirt and green pants. He was transported back to the mainland at Bang Saen Beach in the Saen Suk subdistrict of Muaeng district, Chonburi.