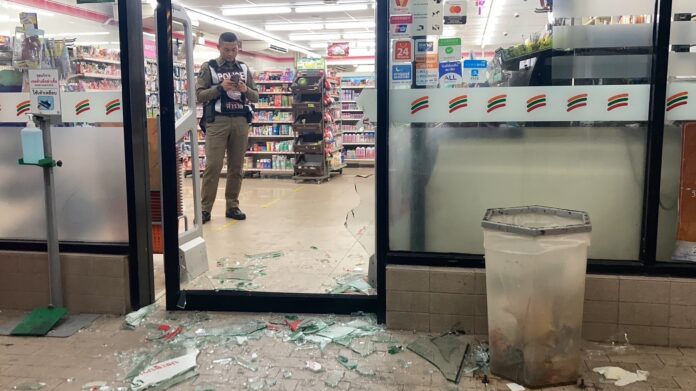 A Russian man suddenly went on a rampage and destroyed a 7-11 store on Pattaya’s Walking Street in South Pattaya in the early morning of today, January 16th.

He also allegedly caused injuries to a female cashier, 53-year-old Mrs. Kanya Inpanon. She told The Pattaya News that the Russian man, who could not be identified, came to buy a bottle of water, and, for unknown reasons, went on a rampage, as he began to rummage through goods and destroyed the store’s glass door.

Mrs. Kanya also stated that the man tried to sexually harass other customers before bursting outside. She said she was cut by shattered glass. The Russian man was very violent because he also headbutted a motorcycle taxi rider who rushed to stop him but to no avail, said the cashier. The unnamed rider sustained eye injuries. 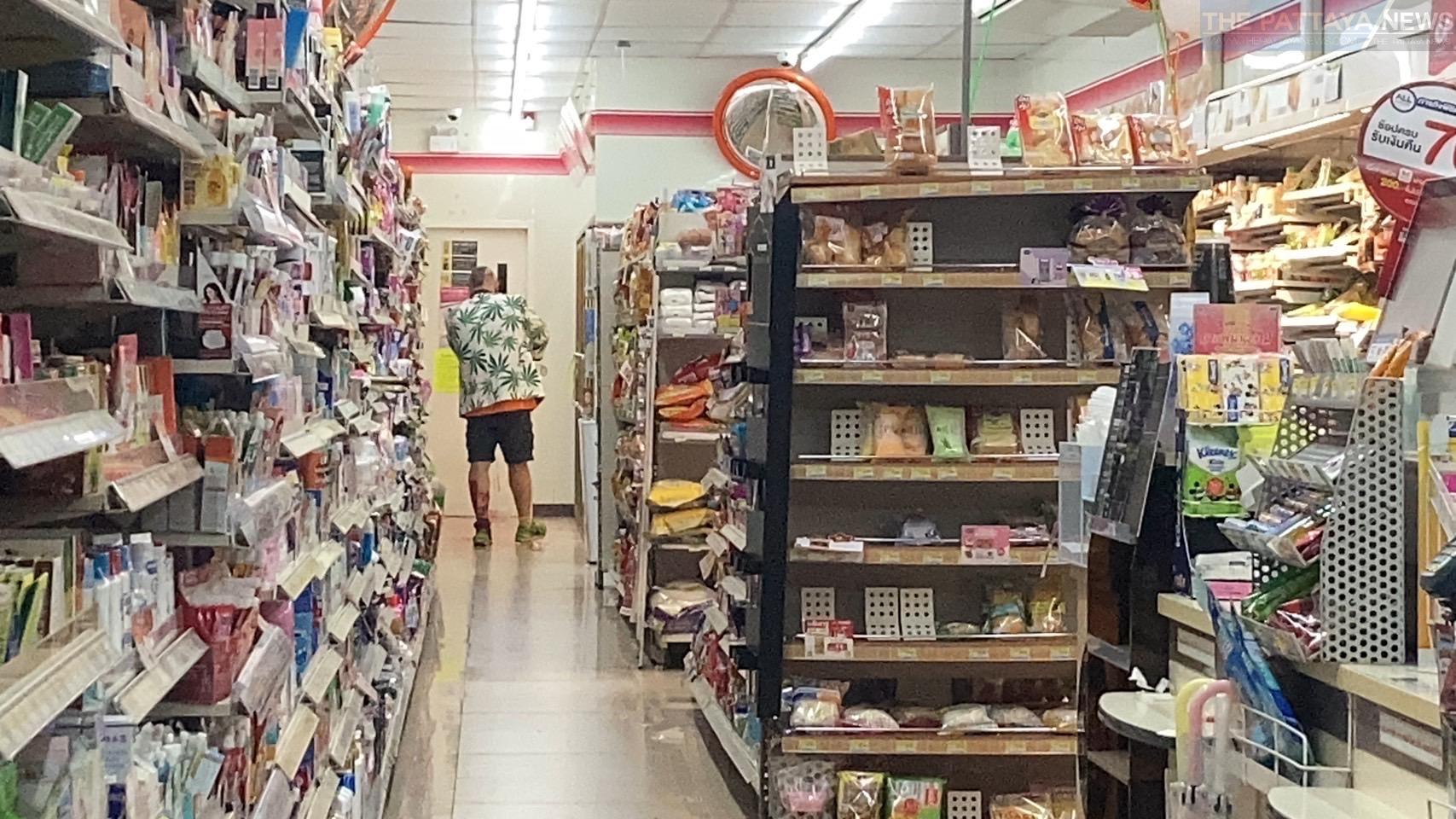 Pattaya authorities and Sawang Boriboon rescuers were notified to capture the man at about 4:30 AM. Upon arrival, the man was still aggressive, having shouted and paced around the store in front of a crowd of dozens of tourists.

The authorities then took him down and transported him to the Pattaya police station. He was about 35-40 years old, said the authorities. Other than his nationality, the man did not give any information about his identity to law enforcement. His nationality was only based on his spoken language, however, as he had no identification documents on him. The man was described as uncooperative with police as of this morning.

The two injured victims are receiving medical treatment at a nearby hospital.

The Russian suspect is in police custody although it is unclear what legal charges will be pressed against him.