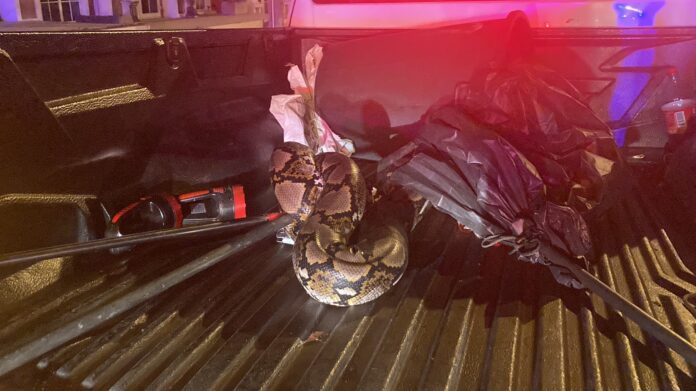 A rescuer suffered a serious head injury after falling down from a truck’s bed and hitting his head when a python he caught suddenly escaped.

The Pattaya Emergency Responder Unit was contacted today, January 11th, at 2 AM, to catch a massive python lurking near the Pattaya Park Hotel located in Soi 12 in the Nongprue sub-district of Banglamung, Chonburi.

The beast, measuring over 4 meters long, was hiding in a tree when the rescue team arrived with retrieval equipment.

The team was successfully able to contain the snake in a fertilizer sack and hauled it onto the truck’s bed to transport it to a new spot far away from the residential area. Two rescuers, including Mr. Nikorn Nakprasit, volunteered to sit on the truck’s bed to keep watch over the creature. 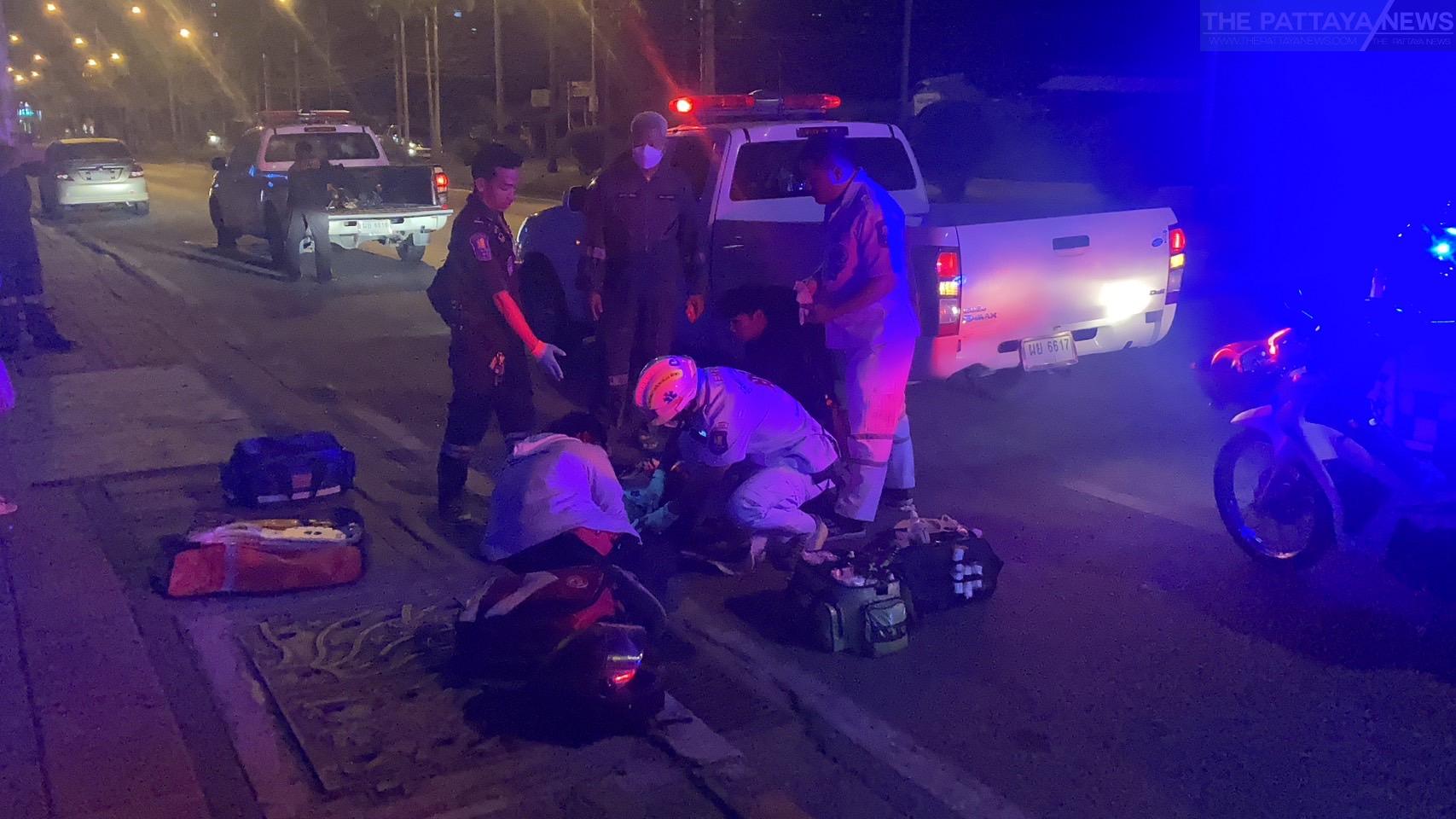 While the truck was heading down Thappraya Road to Jomtien Second Road, however, the python suddenly escaped.

This totally caught Mr. Nikorn off guard and caused him to fall backwards from the truck and bang his head, said his friend, Mr. Yuttanan Fuengfoo, who sat in the back with him. The 48-year-old suffered a serious head injury and was rushed to Pattaya Hospital by Sawang Boriboon rescuers.

Mr. Yuttanan Fuengfoo said the victim was sitting on the rim of the truck’s bed. He added that he could not catch his falling friend in time. 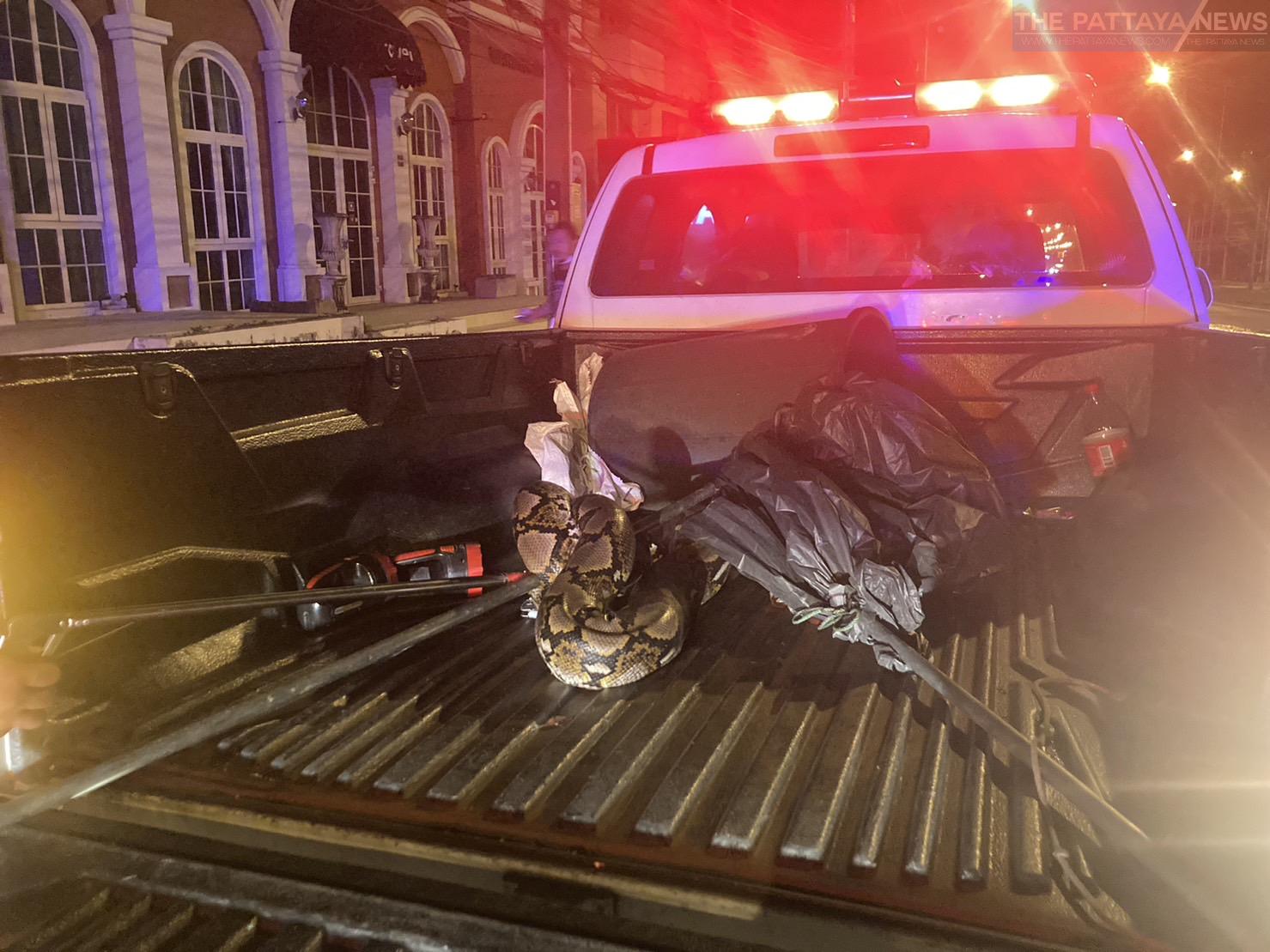