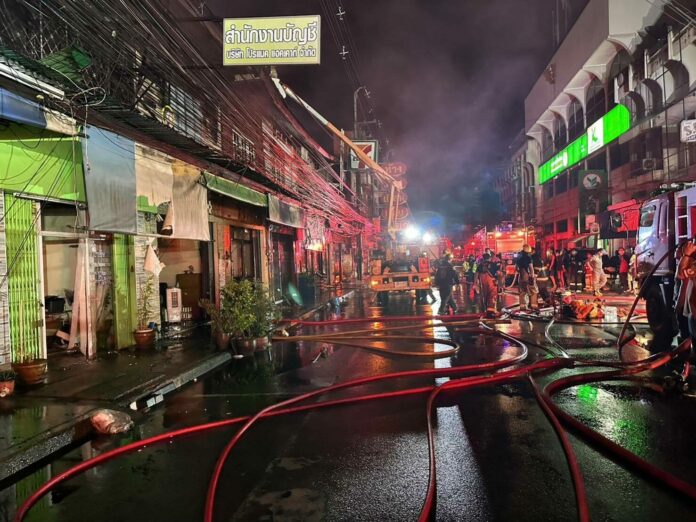 Police are investigating the cause of a fire that destroyed one 7-11 convenience store and six buildings in Chonburi’s Ban Bueng district early this morning, January 11th.

The cause of the fire is currently unknown and is under investigation by Chonburi police. No injuries have been reported, however, the damage to the buildings and the 7-11 store are considerable.