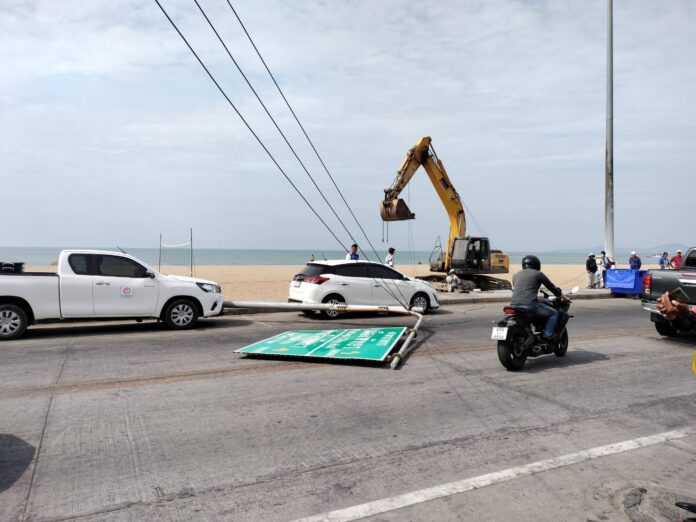 A woman was seriously injured after a large billboard fell on her today, January 10th.

Sawang Boriboon assisted an unlucky victim, Ms. Yenchit Anchuen, in front of Soi Jomtien 12 in Chonburi’s Banglamung district. The 46-year-old sustained serious injuries to her right hip and right forearm after a billboard fell on her while driving a motorcycle.

The victim was crying in pain, rescuers told The Pattaya News. She was transferred to Mueang Pattaya Hospital.

A signpost measuring about 5-6 meters tall that previously held a large billboard fell on the road. Ms. Somchit Hemprom, a 55-year-old eyewitness, said she saw an excavator working on roadwork near a signpost when its arm got entangled with a wire, pulling the post and the billboard down. The latter unfortunately flew into the victim.