Residents in Pattaya are urging authorities to take action against homeless people who allegedly throw waste and occupy abandoned venues without permission.

Yesterday, January 9th, local media reported seeing a group of homeless people camping at an abandoned building on South Pattaya Road in the Nongprue subdistrict of Banglamung district, Chonburi. The group was taking over a building, which used to be a convenience store that went out of business during the peak of the pandemic.

Discarded items such as old bedding, clothing, and garbage were left strewn around the building where a group of nomads had been sleeping and urinating, emitting a foul smell that was noticeable to pedestrians passing by, local media reported. 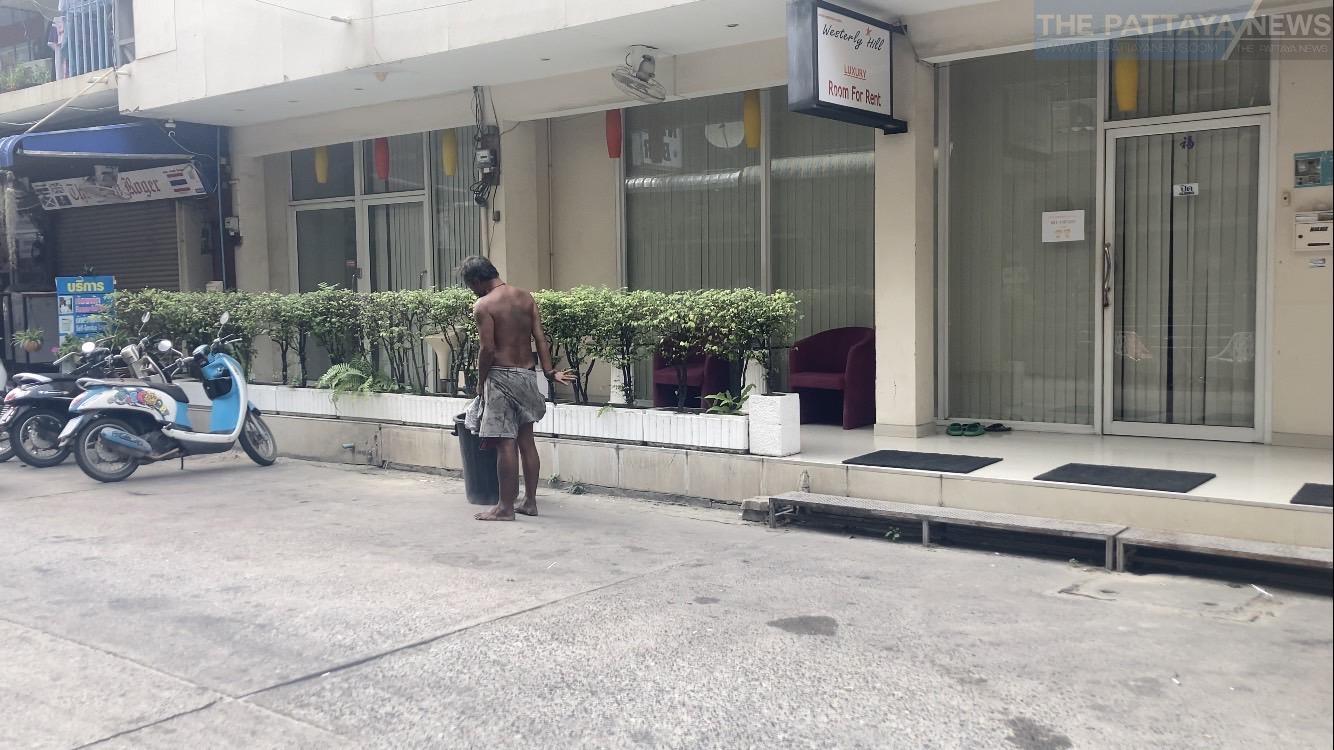 Ms. Patcharaporn Paopad, who lived near the building, expressed her grievance with local media saying this group of homeless people also caused noise pollution at night. She stated she tried to cordon off the area with a rope but the nomads ignored it and turned her rope into a clothesline.

Ms. Patcharaporn urged Pattaya authorities to come and take care of these homeless people, although she wasn’t clear on how or where they should go. She also said the authorities should get rid of the odor urgently. Local media reported that some of these people came from other provinces to find jobs but could not afford rent so they chose to live on the street. 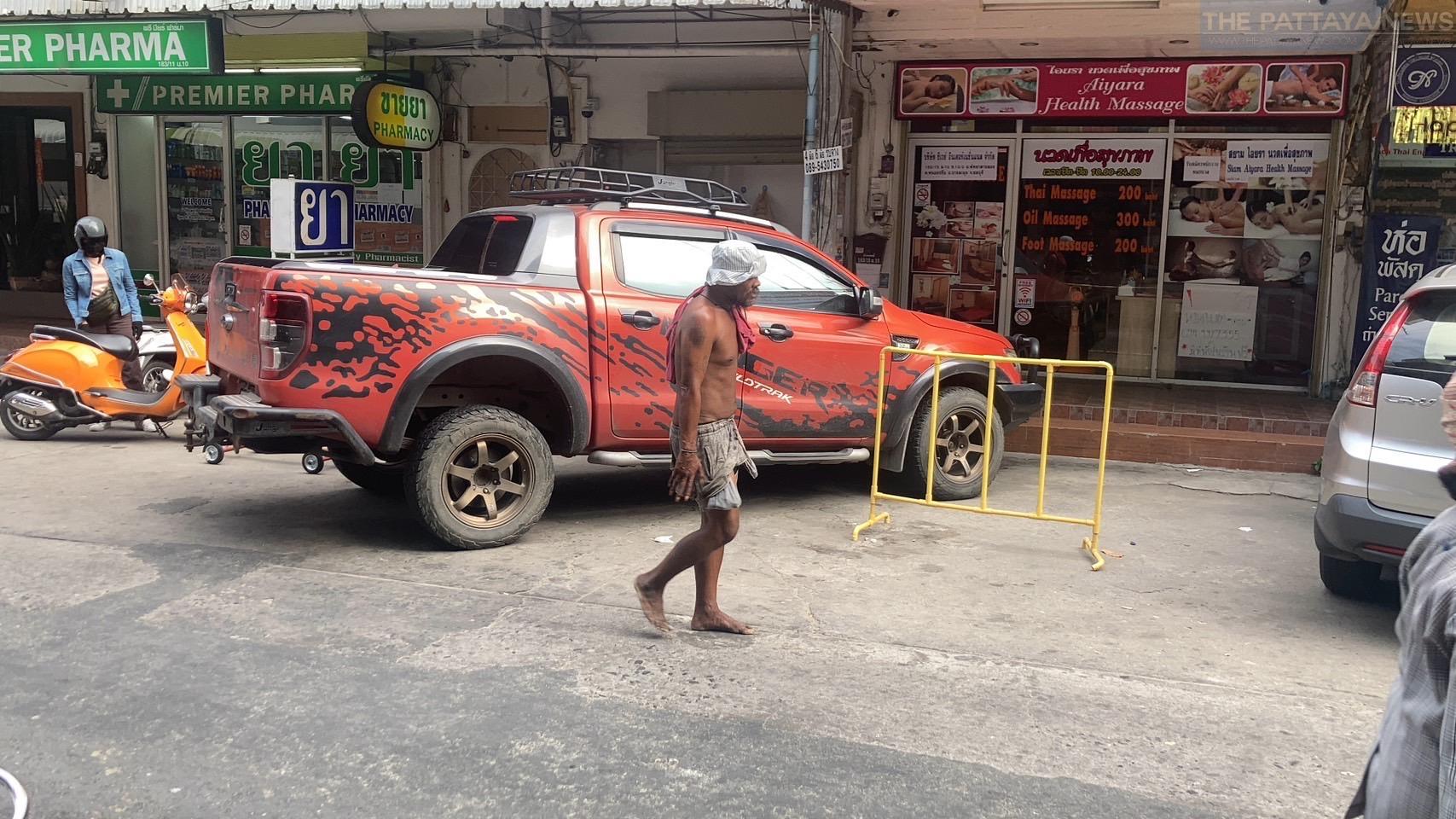 In addition, this morning, January 10th, at 11 AM, a homeless person was spotted on Beach Road, according to The Pattaya News’ reporters, acting aggressively and shouting randomly at passersby.

The man also blocked traffic by lying on the road and threw objects at people. Local residents told The Pattaya News they had never witnessed the homeless man attacking people but said he was very unpredictable and might be dangerous to tourists. 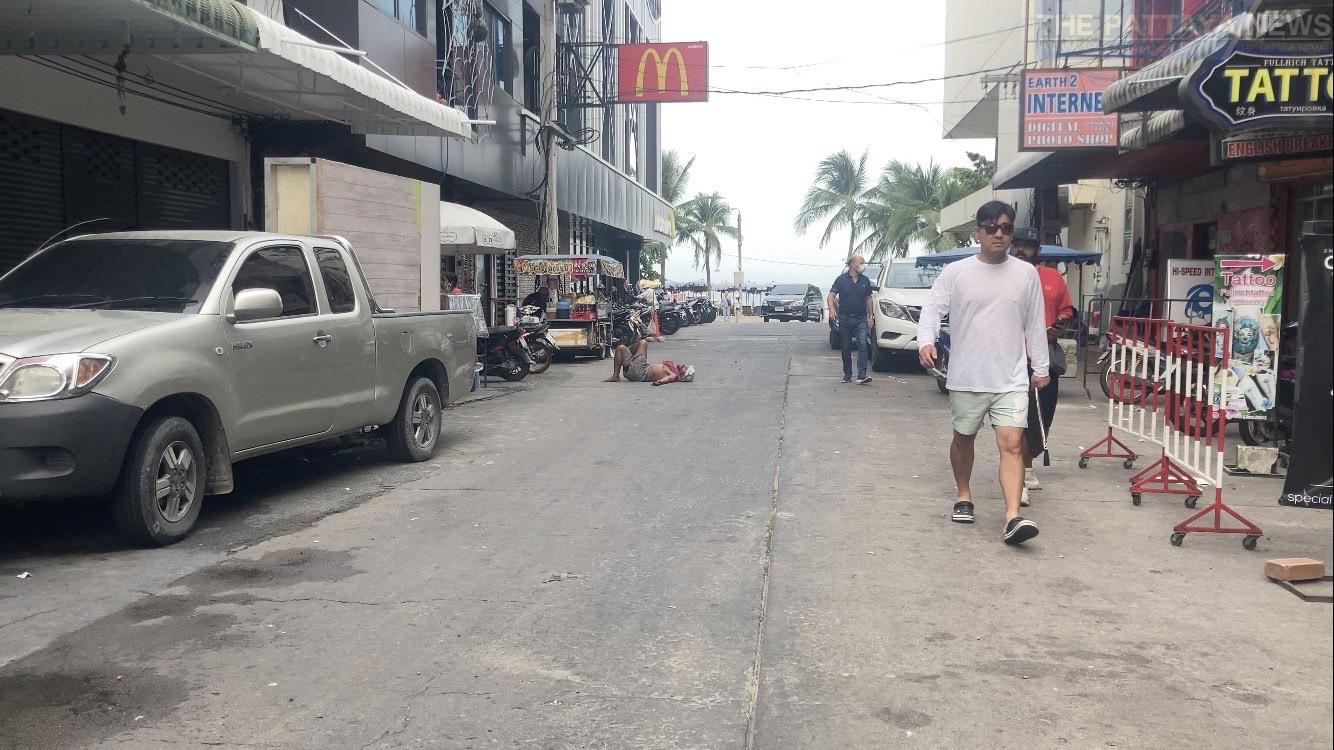 Some residents said homeless people had been around the area for more than 10 years but the problem had increased significantly during Covid and city officials should resolve the problem as it bothered tourists.