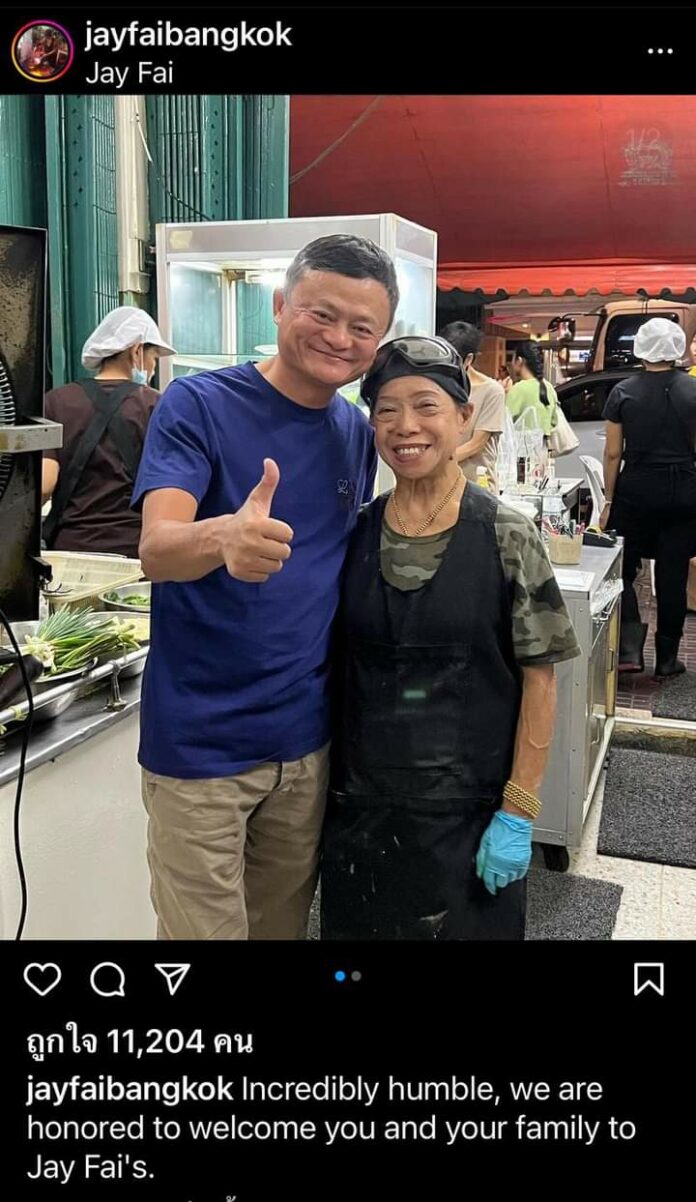 Jack Ma, the Chinese billionaire co-founder of Alibaba and Yunfeng Capital, is in Bangkok, and has been touring various popular tourism spots.

Jack, 58, has reportedly recently relocated to Japan after a long silence and rumored ongoing disputes with Chinese authorities over various issues. He had been mostly out of the public eye for some time since criticizing the Chinese Government’s regulation of tech firms in 2020.

Jack was spotted at the famous Michelin star Jay Fai street food in Bangkok, known around the world, enjoying a meal and snapped selfies with Jay Fai, arguably Thailand’s most famous street food seller. Jay Fai posted the photos on her Instagram account.

Jack was also seen at the Rajadamnern Boxing Stadium where he reportedly had a seat in VIP and enjoyed a Muay Thai exhibition. He was also seen snapping pictures with staff.

Jack reportedly moved to Tokyo, Japan last year after his fortune was roughly cut in half by the Chinese government cracking down on big technology through regulatory action, allegedly spurred by his complaints in 2020. He completely vanished from the public eye for some time after this, which caused some people online to worry about his safety, but has sporadically made appearances since. Jack was once China’s richest man, but this changed after the crackdown on Alibaba and other big tech like Tencent by the Chinese government.

For now, however, Jack appears to be enjoying his time in Thailand.